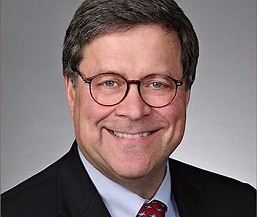 William Snyder, a teaching professor in the College of Law at Syracuse University, served for more than 13 years as an Assistant United States Attorney (AUSA) in the Western District of Pennsylvania and the District of Columbia. Prior to receiving his law degree, Prof. Snyder served as an Assistant to the Attorney General of the United States and was Deputy Administrative Assistant to Pennsylvania Governor Dick Thornburgh.

Prof. Snyder has a professional relationship with Attorney General Nominee William Barr and offered this insight on Barr’s potential confirmation:

“William Barr is capable and experienced both in law enforcement and the intelligence community. He is a low-key person who knows right from wrong. In terms of just raw lawyering skill, it is worth remembering that he served as the head of the Office of Legal Counsel in the Department of Justice, a position also held by future Supreme Court justices William H. Rehnquist and Antonin Scalia.

“He does believe in a strong executive branch, but he is far from a political hack. The career professional employees at the Department of Justice have confidence in him. He’ll be able to do as good or better a job at restoring the public’s trust in the Department of Justice than anyone else could. Of all the things in Washington that worry me right now, Bill Barr is not one of them. He is smart and capable, and he knows right from wrong.”