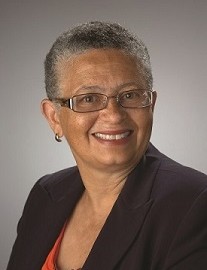 “Bea has been a positive force and a force of nature for us in this theatre for many years,” said Producing Artistic Director Timothy Bond.  “She has been our conduit to the community and a great ambassador for Syracuse Stage. We are so glad to be able to honor her for her amazing service to this theatre.”

Gonzalez, who now serves as the Treasurer of the Syracuse Stage Board of Trustees, following her service as Chair of the Board, has been a moving force making connections that make a difference within the Central New York community.   For example, she has helped see that Syracuse Stage productions be part of an effort to reach at risk youth in the community. She has worked to increase accessibility for students to expand their understanding by attending plays pertaining to topics in which they have interest. By involving foundations and city government to assisting with special events to literally buying tickets for individual students, González has made it possible for many in the Central New York community and at Syracuse University to engage with the power of theatre.

González remembers learning Robert Frost’s “The Road Less Traveled By” as a third-grader in Mrs. Corbett’s class. It was an early transformative experience for her. “It’s one of those things I’ve used all my life,” she explains. “Which way do I go? Do I go this way that is more comfortable, or do I take a little risk?”

González’ connection to the theatre is more than professional, it’s a personal effort. “You make friends with people. You have ties with people. It’s important,” she explains. This personal involvement that she brings to all of her roles, from welcoming a cast to a new city by opening her home or sitting and listening to student concerns, is a big part of what makes her such a successful and caring communicator and connector.  Bea González is a living testament to the lesson of Robert Frost’s poem. She has taken the road less traveled by and it has made a difference in her life, just as her efforts have made a difference for Syracuse Stage, Syracuse University, and the entire Central New York community.

Two roads diverged in a wood, and I—
I took the one less traveled by,
And that has made all the difference.