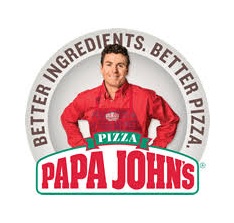 That sizzling sound you hear isn’t pork ribs on a Weber grill; it’s the assets of Papa John’s founder John Schnatter who resigned as chairman, frying in public after admitting he used the N word in a Conference Call.

The self-made entrepreneur also related a story about growing up in Indiana where “people used to drag African-Americans from trucks until they died.”  What perhaps was meant to show he was aware of racism, appeared to have dug a deeper hole for the embattled pizza chain leader.

Schnatter issued an apology once the story broke in Forbes, “News reports attributing the use of inappropriate and hurtful language to me during a media training session regarding race are true. Regardless of the context, I apologize. Simply stated racism has no place in our society.”

Schnatter immediately resigned from the University of Louisville board of directors. The mayor of Jeffersonville, Indiana had Schnatter’s name removed from a fieldhouse named in his honor.

John Schnatter according to published reports owns 700 million in company stock. He walks away from a company that has 1 billion in annual sales. Papa John’s has over 4,500 franchise stores in 40 countries and territories.

Since 2016 incidents of admitted racism conducted by high profile companies and individuals have soared. Resignations and firings have followed as publically traded corporations draw a line in the sand indicating that racism of any form will not be tolerated.  International coffee mega chain, Starbucks closed for an afternoon for “sensitivity training” as they grappled with racism within their organization.

It just shows how quickly an American brand can be ruined and stockholder value diminished, what was their slogan again? “Better Pizza, Bitter Racism, Papa John’s.”