It was the announcement heard all over Central New York, the latest addition to the Lakeview Amphitheater entertainment lineup. Beyoncé and her “Formation Tour” will hit the venue during the New York State Fair. According to State Fair officials, “We look forward to the fans that’ll come from all over for this special concert, at the most scenic place in the region.” 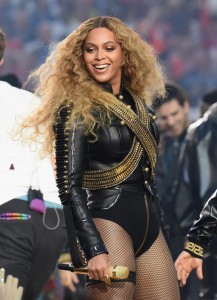 Spokesperson for Beyoncé have neither confirmed nor denied the addition of this stop on their summer tour schedule. Immediately, local law enforcement organizations blasted the decision to bring, “queen Bee” to the facility. “We are intimidated by those Afro hair styles, and those weaponized combs called ‘Afro-Picks’ are dangerous to public safety.  We also hear that they’re using young girls wearing ‘Afro-Puffs’ as a recruiting tool, this concert should be cancelled.”

Onondaga County Executive Joannie Mahoney, stunned by the controversy tried to lend support to the upcoming event in a statement said. “I live Like Jane Fonda, I will not drive a Honda, won’t swim in Onondaga, I got hot sauce in my bag, swag”. The response from the general public was earth shaking,  Anna Mae Bullock of Liverpool waiting for her bus at the CENTRO Hub, enthusiastically shouted, “I got hot sauce in my bag! “

Lakeview Amphitheater operators have stated and printed on the back of tickets, “No hot sauce allowed” Wegman’s immediately protested the move as an infringement on their ability to brand and market products. Wegman’s new Beyoncé inspired product called; Beyoncé’s Texas- bama Hot Sauce has been flying off the shelves.

Within an hour of the announcement of the concert several hundred Beyoncé fans lined up for their chance to snag good spots, prices start at $145 for seats and $85 for lawn access. Unfortunately, two women and one man were taken away by ambulance as their Beyoncé bounce imitation contest goes terribly wrong.  Injuries include 2 busted buttocks and one sprained ankle.