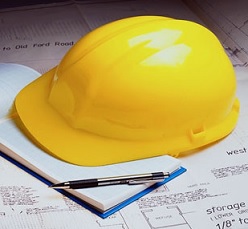 Separate sealed bids will be received by the Village Clerk at the Office of the Village of Camillus Village Hall, 37 Main Street, Camillus, New York 13031, until 11:00 a.m. on Thursday, July 12, 2018 and then at said office, shall be publicly opened and read aloud.

This project will consist of replacement of one existing drainage inlet, 500 square feet of sidewalk, and milling and resurfacing approximately 2040 square yards of asphalt pavement on Green and Leroy Streets.

Copies of the contract documents may be obtained after 11:00 a.m. on Monday, June 25, 2018 at the Office of the Village Hall, 37 Main Street, Camillus, New York 13031, upon payment of $45.00 for each set. Mailing of documents to prospective bidders will cost $6.00 by separate check, which is not refundable. Any bidder, upon returning the contract documents in good condition within thirty (30) days after the opening of proposals will be returned his deposit. There will be NO REFUND for non-bidders. Refunds will be allowed to contractors who return all contract documents in good condition, prior to the official bid opening.

No bidder may withdraw his bid within forty-five (45) days after the actual date of the opening thereof.

Each proposal shall be accompanied by an acceptable form of proposal guaranty in an amount equal to at least 5 percent (5%) of the amount of the proposal, payable to the Village of Camillus as a guaranty that if the proposal is accepted, the bidder will execute the contract within ten (10) days after the award of contract.

This project is funded in part by a grant from the Onondaga County Community Development Division. Approximately $50,000.00 of the project cost will be financed with federal money. 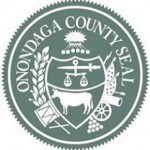 Bidders will be required to commit themselves to a goal for minority business participation in this contract.

The contract specifications and drawings may be examined free of charge at the Community Development Office at 1100 Civic Center, 421 Montgomery Street, Syracuse, New York 13202, (315) 435-3558.

Bidders should not include in their bid, sales and compensating use taxes on the cost of materials which are to be incorporated into the structure.

OWNER’S RIGHTS RESERVED: The Village Board of the Village of Camillus, hereinafter called the Owner, reserves the right to reject any or all proposals, and to waive any formality or technicality in any proposal, in the interest of the Owner.