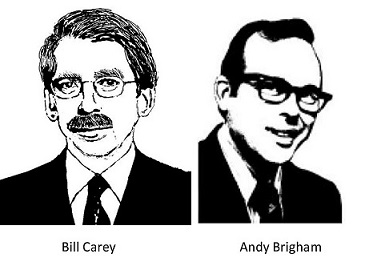 Letter to the Editor:

I’m forever grateful to the late Bill Carey and Andy Brigham, outstanding journalists and news directors, for their invaluable role in the campaigns to end tobacco ads on Centro buses and at MacArthur Stadium and prompting Centro to install bus bike racks.

Both reported on local issues of public interest like the ill-fated 1994 “pedestrian rights” ordinance (voted down 6-2) for the city to snowplow all sidewalks after major storms, like in Solvay, Rochester and Manlius.

Carey and Brigham left a legacy and a continuing inspiration to neighborhood activists and community boosters.