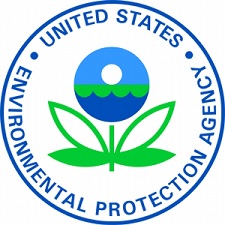 WASHINGTON, D.C. – U.S. Rep. John Katko (NY-24) announced that bipartisan legislation he introduced to preserve the EPA Brownfields Program has moved forward in the House, overwhelmingly passing out of the House Transportation and Infrastructure Committee.  The Brownfields Reauthorization Act of 2017 would reauthorize the Brownfields program at the Environmental Protection Agency (EPA), helping communities in Central New York and nationwide revitalize neighborhoods and spur economic development through Brownfields reassessment and remediation.  In the 24th Congressional District, Auburn, Wolcott, Fulton, Oswego, and Syracuse have benefited from this program.

“Communities across Central New York know all too well the impact of industrial pollution, and have benefited directly from the EPA Brownfields Program,” said Rep. John Katko. “With the approval of this measure by the House Transportation & Infrastructure Committee, we are one step closer to ensuring industrial sites in our community and across this country are preserved and revitalized.”

Brownfields are segments of land that were once used for industrial purposes or commercial use.  Often, this land is contaminated with hazardous waste or pollution, and requires environmental remediation.  Originally authorized in 2002, the EPA’s Brownfield Program empowers states, communities, and stakeholders to assess, clean up, and redevelop these sites.  However, the EPA’s Brownfield program expired in 2006, though it has continued to receive nominal funding.

Onondaga County Executive Joanie Mahoney said, “The Brownfields program continues to be a vital tool for our community and I am happy to hear this measure has been approved by the House Transportation and Infrastructure Committee.  I thank Rep. Katko for his leadership on preserving and enhancing this valuable program.”

House Transportation and Infrastructure Committee Chairman Bill Shuster said, “I commend Congressman Katko for his leadership on this bill that will benefit communities across the country through the revitalization and return to productivity of potentially contaminated and abandoned properties.”

It is estimated that there are over 450,000 brownfield sites across the country, with at least one brownfield site in every congressional district. Of these sites, 59,000 areas have been remediated and revitalized.  According to a 2007 study, every acre of brownfields redevelopment creates approximately ten jobs. Additionally, on average, for every $1 dollar spent through the EPA’s Brownfields program leverages an average of $18 in outside investment.