The following events are just a sampling of what’s going on during the month of February. February is also Black History Month. Please check this site regularly since we will be adding BHM events as they are scheduled. 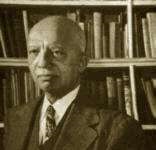 What is Black History Month?

Carter G. Woodson (recognized as the “father” of Black History Month) was raised in New Canton, Virginia. He was the son of a former slave and one of nine children. Woodson’s mother secretly learned to read while she was a slave, and taught her children to read. When Woodson was twenty, he began attending Frederick Douglass High School while working in a coalmine in West Virginia. It was at the mine that he realized the importance of African American history when black miners who were Civil War veterans told him unrecorded oral histories.

Woodson was not just involved in promoting and publishing black history; he was also an author. His work included, The Negro Prior to 1861 (1915), The Negro Church (1921), Negro Makers of History (1928), The Miseducation of the Negro (1933), and The Negro in Our History (1922), which was considered the best textbook about black history.

Woodson is most known for his creation of Negro History Week (1926). The idea was originally that of the Omega Psi Phi, a black fraternity of which he was an honorary member. The week was a time in which contributions by blacks were emphasized. Woodson popularized the holiday when he put his name behind the idea. It eventually evolved into Black History Month in 1976. 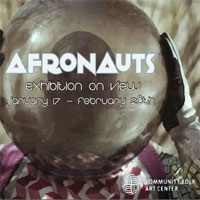 Afronauts, by photographer and mixed media artist Christina De Middel, is an exhibit inspired by the true story of Zambia’s efforts to send the first continental African into space, in 1964.  The images which are featured in Middel’s book by the same name, synthesizes fictional events with historically accurate documents. 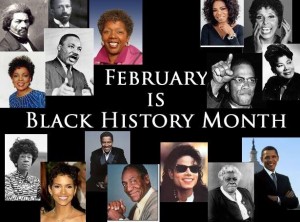 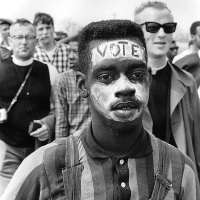 Matt Herron served as a volunteer photographer for the Student Non-Violent Coordinating Committee (SNCC) primarily in Alabama and Mississippi during the 1960’s. In the summer of 1964, Herron organized a team of eight photographers, The Southern Documentary Project, in an attempt to record the rapid social change taking place in the South. Photographer Dorothea Lange served as informal adviser to the project. His photographs were published in LIFE, LOOK and in other national press. The 1965 Selma marches were pivotal events in the Civil Rights Movement, bringing international attention to the brutality of racist segregation and amplifying Alabama’s denial of voting rights to African Americans. Herron’s powerful photographs convey not just the political but the personal impact of this momentous struggle.

Eight days after the “Bloody Sunday” first march, President Lyndon Johnson submitted the Voting Rights Act to Congress. It became law August 6, 1965. In 1960 there were 53,336 African Americans registered to vote in Alabama. In 1990, there were 537,285. The historical importance of Selma’s 50th is magnified by current right-wing anti-democracy attacks on voting rights that include the Supreme Court’s June 25, 2013, gutting of the Voting Rights Act and over 20 states passage of voter suppression ID laws.

Urban Video Project (UVP) is pleased to present “Jeannette Ehlers: Black Bullets,” on view at UVP Everson every Thursday through Saturday, from dusk to 11pm from Feb. 10- March 28, 2015.  Ehlers’ haunting 2012 video piece, “Black Bullets,” is inspired by the Haitian Revolution of 1791 which lead to the creation of the world’s first Black republic. Filmed on location at La Citadelle in Haiti, the piece is a tribute to the act of revolt. Additional work by Jeannette Ehlers is featured in the “Black Radical Imagination II” screening and panel talk on February 10, 2015 at the Community Folk Art Center. 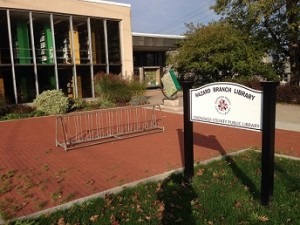 Join Miss Maggie to make Valentine’s Day greeting cards and signs to honor famous Black Americans.  Have fun creating your greetings in the Hazard Paper Makerspace with paint, crayons and more!  For ages 5 – 12.

Journey Through Music of the
African Diaspora 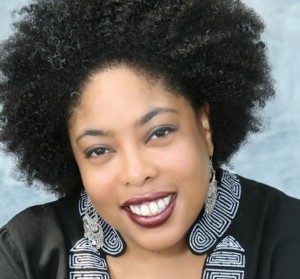 CFAC presents JMAD concert featuring Sherri Williams at 7:00pm.
Williams started singing in the theater as a student at Jackson State University in Jackson, Mississippi. After graduation she worked in newsrooms as a journalist by day and performed at night. She was a member of the blues band the Free Beer and Chicken Coalition out of Ohio, which during one of her performances the founder of the Brazilian Jazz Fusion band, Canta Brasil, recruited her to join their quintet.Williams performed with the band for two years mastering Portuguese favorites. The singer, who grew up listening to hip-hop and rock, counts Sade, Pat Benatar, Phyllis Hyman, Frankie Beverly and Mel Larrieux among her favorite vocalists. 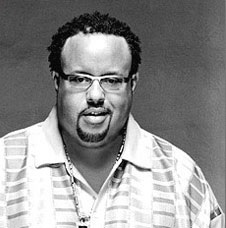 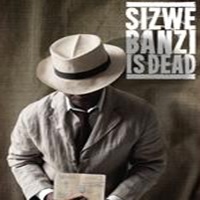