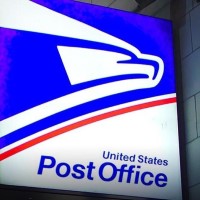 Brindisi: This Bill Will End an Unfair Government Mandate and Protect our Postal Service

According to Congressman Anthony Brindisi,  he’s protected the United States Postal Service (USPS) and bolstered their viability and sustainability by supporting the USPS Fairness Act. The bipartisan legislation, cosponsored by Brindisi, will end the unfair pre-funding mandate for the USPS, solving the most pressing financial problem facing the agency. 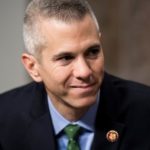 “The Postal Service and the postal workers who deliver our mail nearly every day are critical to our communities,” Brindisi said. “Our postal workers ensure our businesses can stay open, bills can get paid on time, prescriptions are delivered, and much more. This bill, supported by members of both parties, will end an unfair government mandate, protect our postal service, and give them the flexibility they need to maintain the high level of universal service we’ve come to expect.”

Under current law, USPS is the required to pre-fund decades’ worth of health benefits for its future retirees. Since 2007, the mandate is responsible for more than 90 percent of USPS’s financial losses and 100 percent of losses over the past six years.

In 2019, Postmaster General Megan Brennan told Congress the Postal Service could run out of money by 2024. This one-page bill would end the pre-fund requirement and improve the USPS’s financial standing and flexibility.

“On behalf of the National Association of Letter Carriers, I want to thank Congressman Brindisi for fighting to preserve and protect the Postal Service, especially in our rural communities,” said Billy Ganey, an Ilion member of the National Association of Letter Carriers. “The USPS Fairness Act protects our retirement and benefits and gives the Postal Service the flexibility it needs to stay reliable, safe, effective.”