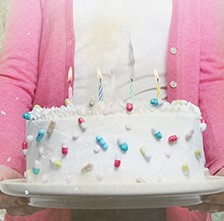 SYRACUSE, NY – The rock musical “Next to Normal” has an impressive record. It won three Tony Awards in 2009, including the award for Best Original Score, and it is one of only nine musicals ever to win the Pulitzer Prize for Drama (2010). It is an emotional powerhouse of a play that demands excellence in performance, and artistic director Robert Hupp has assembled a cast capable of delivering every nuanced note when “Next to Normal” begins its run at Syracuse Stage on Jan. 24.

Leading the company in the crucial role of Diana is veteran Judy McLane, whose impressive credentials include more than 4,000 performances in the long-running Broadway hit “Mamma Mia!.” McLane became the show’s longest running principle playing both Tanya and Donna. On Broadway, she has also appeared in “Kiss of the Spider Woman,” “Aspects of Love” and “Chess,” and she earned a Drama League Award for Distinguished Performance in Theatre for her acclaimed work in the Off-Broadway production of “Johnny Guitar.”

Director Hupp believes that McLane’s extensive Broadway experience and exceptional singing ability make her an ideal choice for Diana, a wife and mother whose struggles with bipolar disorder impact her family.

“‘Next to Normal’ is a story of how a smart and insightful wife and mother wrestles with inescapable mental illness and how that illness affects her caregiving husband and her teenaged daughter,” Hupp explained. “The musical’s soaring score immediately grabbed my attention, and the very real, sometimes funny and always questioning characters were achingly honest and richly complex. A rich and complex musical like ‘Next to Normal’ demands a stellar cast. We are so fortunate to have a cast that can more than match the emotional and technical demands required of ‘Next to Normal.’ It is thrilling to be in the rehearsal room, and I can’t wait to share this story, as performed by this amazing cast, for our audience.”

With music by Tom Kitt and book and lyrics by Brian Yorkey, “Next to Normal” was praised by the Pulitzer Prize jury for expanding “the scope of subject matter for musicals.” The show began as a 10-minute workshop presentation about a woman undergoing electroconvulsive therapy and the people who tried to help her.  As the show expanded and developed, Kitt and Yorkey focused the narrative on the character of Diana and specified the arc of her struggle. Throughout, they researched extensively and consulted with psychologists and psychiatrists.

“Tom and I each have a number of people in our lives who have struggled with mental illness,” Yorkey explained in an interview published on the website “Verywell.” “They have certainly been on our minds throughout our time working on the show. We wanted to get the story right and have the medical part of it be as accurate as possible, for them and for all people who have similar struggles.”

Kitt’s Tony Award-winning score is an energetic pop/rock mix that cuts straight to the heart. While sustaining the electric momentum of a rock opera, the score surprises as it ranges from music-box lyricism to twanging country-western heartbreak, capturing the jaggedness and restless questioning of the central characters.

Chief among those, in addition to Diana, are her husband Dan and daughter Natalie. For Dan, Hupp tapped veteran New York actor Glenn Seven Allen. Allen has appeared at Lincoln Center in “The Light in the Piazza,” “Carousel” at Avery Fisher Hall (also part of PBS’ “Great Performances”) and “Girl Crazy” as part of City Center’s “Encores!.”

Sara Masterson plays Natalie, a talented musician and high school senior trying to navigate her way through her mother’s illness and her own seemingly chaotic life. In her young career, Masterson has already tackled such roles as Medium Alison in “Fun Home,” Anne in “A Little Night Music” and Martha in “The Secret Garden.” Hupp expects Allen and Masterson to shine in their roles.

“Although Diana is at the center of the play, those around her face challenges no less complicated and moving,” Hupp said. “This is part of what makes ‘Next to Normal’ so appealing. We see how the family is affected, and Glenn and Sara bring not only the necessary artistry, but great emotional depth to their work.”

“Next to Normal” presents a formidable challenge for any company. It is a rare creation: a musical that has the power of a moving family drama. Equally rare is the opportunity to see a production with a cast so suited to reach the show’s full potential. That cast takes to Syracuse Stage Jan. 24 – Feb. 11.

Join the cast for a post-show celebration with live music, food and drinks.

Join Le Moyne College professor Maria DiTullio for a discussion before “Next to Normal” at 1 p.m. Dr. DiTullio’s research and teaching interests include grief and loss, death and dying, hospice care, mind-body-spirit connection and spiritual and transpersonal psychology. She is also a NYS Licensed Mental Health Counselor with over 30 years of clinical experience.