The festival will be held on July 8 & 9 in Syracuse’s Clinton Square. Other headliners include Sister Sparrow & the Dirty Birds, a Brooklyn-based, seven-piece band who will be appearing on Friday night’s bill. Blues guitarist Sonny Landreth will be appearing Saturday night. 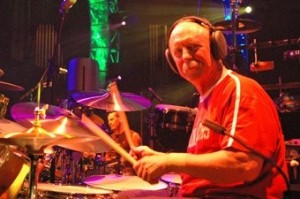 The festival is held each year in Clinton Square in the very center of Downtown Syracuse. Last summer’s blues festival filled the square both nights with a diverse audience drawn from across the country and Canada with crowds estimated at 15,000–20,000 over the course of the weekend. Street closing schedule for New York State Blues Festival 2016

The blues festival is produced through the support of corporate and private donations, local and state grants, and the dedication of more than 100 hard-working volunteers. 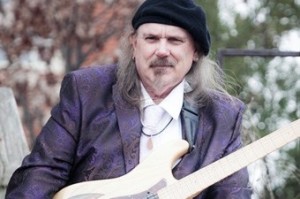 Upstate blues artist Tas Cru will perform at the festival and hold a musical workshop on Saturday afternoon. The Signature Student Series will also take part in the festival.

This year’s announcement was made by Blues Festival President Robert Dwyer at the Dinosaur Bar-B-Que during a fundraising concert by Mike Zito and the Wheel. The New York State Blues Festival is the largest, admission-free blues festival in the Northeast. 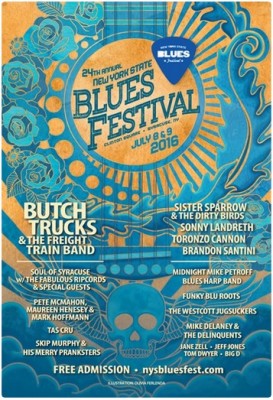