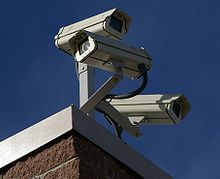 Significant debate preceded the State Legislature’s decision to conduct a ten-year experiment with cameras in courtrooms. The purpose agreed upon at the time of passage was creating a means of educating the public about the process involved in the justice system. At decade’s end, the legislature allowed the sun to set on the experiment. The educational purpose, legislators seemed to agree, had not been accomplished.

On September 21, a meeting was held in the Common Council Chambers to solicit public input for a vote to be taken on a different kind of camera placement. There were some empty seats, but an SRO atmosphere pervaded as members of the Council’s Public Safety Committee quizzed Police Department officials for half an hour on their plan to install nine surveillance cameras between South Geddes and Oswego streets on the city’s near West Side.

In the hour that followed, almost three dozen citizens voiced varying views on the issue, but most expressed concern that announcement of the public hearing was the first they had heard of the proposed installation. “We are not going to vote {on the issue} until we feel comfortable that every one has had their say,” Committee Chair Bill Ryan said, noting that the issue had been debated during last year’s mayoral campaign.

Ryan asked the police officials if technology was outpacing policy, and got a response which posed a target of critique from several of the speakers. Policy, they were told, would not be formulated until after a Council vote approved the installation. Told that $125,000 was available in federal stimulus funds for the project, Councilors also learned there was no timetable established to determine when the sun should set on the experiment should it be deemed unsuccessful.

Assertion that the purpose of the camera installations was to deter crime, Councilors raised concerns about who would have access to the videotape, whether the cameras would be able to record activity inside people’s homes, why the West Side was chosen for the installation and whether any other installations were anticipated. The following day, Chief Frank Fowler asked the Council to vote to accept $84,000 in state funds to install five cameras in Pioneer Homes.

Captain Richard Trudell noted that police also hoped to secure a third grant of $160,000 from the federal Urban Area Security Initiative. The tapes, officials insisted, would not be archived, and would self destruct after 14 days. While unable to articulate how access to the tapes could be achieved, and by whom, they said they were studying a documentary from the New York Civil Liberties Union for determining policy.

Barrie Gewanter, local NYCLU chapter director, cited a study conducted in San Francisco, that showed similar camera placements reduced minor crimes against property, but failed to deter violent crime. Raising the issue of maintenance, a former Baltimore resident observed that in a similar project launched there, 40 percent of the cameras were broken within a year.

When police officials noted that camera locations were based on crime statistics, particularly reports of gun shots, and that the cameras were not covert, but overt, on poles in plain sight, a speaker suggested that placements would just move crime activity to other areas. Another referenced Rochester. “They’ve got 140 cameras,” the speaker maintained, “and the crime rate is soaring.”