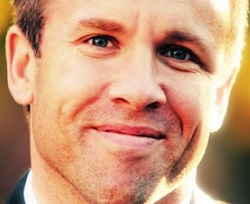 A few weeks ago Syracuse.com wrote an article that mischaracterized my campaign. Shortly after I wrote a letter to the editor in response. I wanted to give them the opportunity to publish the letter before sending it out. Unfortunately, I did not get a response and the letter did not get published.   It’s clear that we are doing something to challenge the status quo, and that is exactly what we need to do. This campaign is about building a healthy, diverse, and vibrant Syracuse. It is about you. Don’t settle for improving the game; let’s change it.

We need a New Way.

I am a community insider, not a political insider… and we need you.

Here is my letter to the editor.

Syracuse.com and The Post-Standard play a crucial role in our community, especially during election season as you help educate voters about the candidates. For generations, the paper and its reporters have performed this role with distinction, and I thank you for it.

But your July 20th article — “’Buy local’ candidate for Syracuse mayor spent most of his campaign money out of town” — is not up to your normally high standards. It is incomplete, unnecessarily mean-spirited, and creates an impression that is, frankly, flat-out wrong.

The article is incomplete because it fails to examine the other candidates’ spending. If it had, it would have found similar or higher amounts of money spent outside of Syracuse by those candidates. I know this because I have only spent money outside of the area on items that are standard for campaigns such as Eventbrite and NGP that are not available from local vendors.

The article is mean-spirited because it is structured to shock — buy local candidate spends money out of town! — instead of being informative. Spending is important. But where the money comes from tells us to whom the candidate is beholden and is therefore far more important.

So why wasn’t the article about the buy local candidate who is, indeed, raising his money locally so that he can focus on serving Syracuse and not outside interests? Is this a case of not wanting the facts to get in the way of a good story? I hope not.

Lastly, the story is altogether misleading. I have spent the last decade of my life dedicated exclusively to revitalizing the Syracuse economy. My efforts through SyracuseFirst, an organization I started without public funding, grants, or connected family members, has resulted in tangible progress. Thousands of community members have joined me choosing locally owned and independent businesses unless there is no local equivalent. It is a philosophy I live by, that I am running my campaign by, and that I will bring to City Hall if elected. There simply is no candidate more passionate or knowledgeable about the power of buying local than myself, and I will gladly put my record side by side with any other candidate.

Exasperating these flaws in the story is the fact that I was never given the opportunity to comment. I was out of town, and the story was rushed into print without my input or perspective. If I had been given the opportunity to comment, I would have stated that I stand behind my decision to invest my campaign funds with vendors who provide services that I could not source locally. I believe that is a reasonable choice and that the majority of your readers would agree.

One of my primary goals in running for mayor is to better ensure that Syracuse can become a city that can provide local goods and services to our citizens at every level of the economy. I am extraordinarily proud of our local merchants for their innovative and tenacious efforts every day to ensure that the concept of buying local is becoming a burgeoning reality. I would love to see the day when a candidate running for office could source everything he or she needs from local vendors. Today, unfortunately, that is simply not the case. A fair and thorough examination of all the candidates’ spending and fundraising would make that clear.

I welcome the opportunity to continue engaging with our citizens (including our local journalists) so that they can gain a better understanding of the true progress we have made to ensure that “Buy Local” is much more than a slogan.