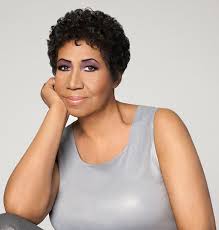 From music legends to political leaders, tributes are pouring in from across the globe on the passing of a music icon, the Queen of Soul, Aretha Franklin at age 76. Producing music that reminded us where we were at that time in history, becoming the sound track of our lives. She sang at the funeral of Dr. Martin Luther king, Jr. and the inauguration of the first African American President, Barack Obama, making an indelible mark on our nation’s history.

The following are just a few of the many tributes that have been released, posted and spoken, about the life of the Queen of Soul, Aretha Louise Franklin an American singer and songwriter.

Governor Andrew M. Cuomo, “Aretha Franklin used the power of her unforgettable voice to lift up others and shine a light on injustice. Today, we mourn the Queen.”

John Legend, “Salute to the Queen. The greatest vocalist I’ve ever known”

Carole King, who wrote one of Franklin’s biggest hits “(You Make Me Feel Like) A Natural Woman,” noted the iconic singer’s legacy. “So much love, respect and gratitude,” King wrote.

Paul McCartney writing, “Let’s all take a moment to give thanks for the beautiful life of Aretha Franklin, the Queen of our souls, who inspired us all for many many years. She will be missed but the memory of her greatness as a musician and a fine human being will live with us forever.”

Bette Midler “The greatest voice in American popular music has been stilled. Our beloved #ArethaFranklin has gone. For me, she was a musical lighthouse, guiding and inspiring with every note. I loved her so and love her still. Goodbye, Queen of Soul.”

Barbra Streisand reminisced on a 2012 tribute celebration the two performed at together,“It’s difficult to conceive of a world without her. Not only was she a uniquely brilliant singer, but her commitment to civil rights made an indelible impact on the world,” Streisand wrote on Instagram.

“Her voice; her presence; her style. No one did it better. Truly the Queen of Soul. I will miss you!” — Lionel Richie

Dan Rather, “The wondrous chorus of America at its best has lost a powerful voice. Aretha Franklin shook the heavens and our own complacency with her spirit and by tackling life with power and purpose.” #Respect

Industry legend Clive Davis, who oversaw many of Franklin’s albums on his Arista label in the ’80s as well as her most recent 2014 record, “Aretha Franklin Sings the Great Diva Classics,” said he was devastated by the news. “She was truly one of a kind,” he said. “She was more than the Queen of Soul.  She was a national treasure to be cherished by every generation throughout the world.  Apart from our long professional relationship, Aretha was my friend.  Her loss is deeply profound and my heart is full of sadness.”

“Hillary and I mourn the loss of our friend Aretha Franklin, one of America’s greatest national treasures. For more than 50 years, she stirred our souls. She was elegant, graceful, and utterly uncompromising in her artistry. Aretha’s first music school was the church and her performances were powered by what she learned there. I’ll always be grateful for her kindness and support, including her performances at both my inaugural celebrations, and for the chance to be there for what sadly turned out to be her final performance last November at a benefit supporting the fight against HIV/AIDS. She will forever be the Queen of Soul and so much more to all who knew her personally and through her music. Our hearts go out to her family and her countless fans”  President Bill Clinton