It was an event that not only celebrated a building but recognition of art, architecture and the role it plays in our community.  Newspaper clippings and photographs tell the story of the evolution of what is now a city landmark and architectural treasure. This is also the first museum designed by I.M. Pei who would go one to become known throughout the world for his work. Therefore, the Everson Museum located on Harrison Street in Syracuse NY is a special place.

Carved out of the ruins of Urban Renewal, several sites where reviewed before they settled on the Harrison Street site. Among these historic markers of the time are pictures and correspondence involving community stakeholders. 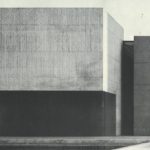 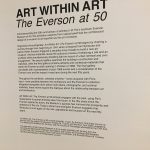 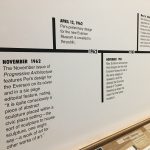 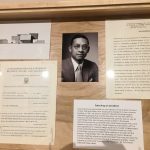 Correspondence regarding the architect I.M. Pei 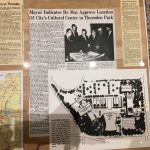 A Civic Center for Thornden Park? 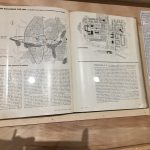 Plans for the future of Syracuse 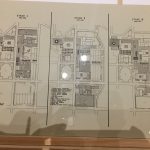 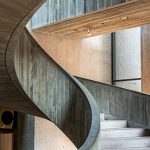 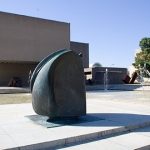 You can’t look at the development of the Everson Museum without gaining some insight as to what was going on in Syracuse at the time. Our core had been gutted to make way for Interstate 81 and Urban Renewal the vast areas now barren, created vast areas in which to develop.

Downtown Syracuse was not the original site for the museum. A glimpse of street layout plans and comprehensive drawings indicate that there were so many concepts and proposals being floated, there was a rapid pace to redevelop the city’s urban core.

There was excitement surrounding the site selection and the building which would become a recognizable landmark as a piece of art itself.

Syracuse has the good fortune to have several world class institutions, the Everson Museum being one of many. The Everson has one of the world’s most comprehensive Ceramics collections, among other significant works of art.

Visit the exhibit, gaze at the great renaissance promised in various newspaper reports and records indicating hope many thought inner-city renewal would bring not just to the museum, but the entire community. A Civic Center in Thornden Park is just one of many concepts reviewed as the city looked towards the coming decades of rebuilding and renewal. This is a timely exhibit given the debate over what to do with Interstate 81 and various plans put forth again, to reinvent our city.