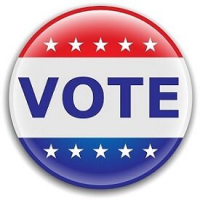 Syracuse, NY – Central New York’s state delegation, this week demanded the addition of more early voting sites in Onondaga County and announced their collective support for a legislative remedy currently under consideration in Albany if the county refuses to act.

Currently, Onondaga County maintains just six early voting sites – the minimum under current state law – and has the fewest early voting sites of any large county in the state. It is clear that the current six sites are not enough to serve the voters. In 2020, there were extremely long lines with some county residents waiting more than two hours to cast their vote. 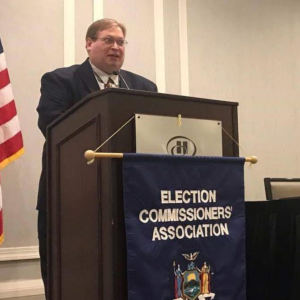 The locations of the existing sites are suboptimal and do not cover large parts of the county. Adding more sites would close the geographic gaps and make voting more accessible for tens of thousands of people.

Proposals to increase the number of early voting locations have to be approved by both county election commissioners (one Republican and one Democrat.)

According to Elections Commissioner Dustin Czarny, fewer early voting sites in November 2020 concentrated voters into limited locations. This actually required the Board of Elections to hire emergency staff to manage the crowds, costing the county more money than it would to simply add more locations.

If Onondaga County does not raise the number of early voting sites, the state legislators are committed to passing a legislative remedy. A bill under consideration in Albany would increase the ratio of one early voting site per every 35,000 voters.

Commissioner Czarny estimates expanding from six to ten early voting sites would cost the county no more than $42,000 in personnel costs – a projected cost savings compared to the large expense of running chaotic and overcrowded polling sites. Additionally, the state budget includes $2 million for Boards of Election to support early voting efforts.

Senator Rachel May (D-Syracuse) – “Our democracy works best when everyone participates and it is our job as Legislators to make that participation as easy as possible. Early voting has been a huge success, with large numbers of people taking advantage of the increased flexibility in when they vote. But last year we saw extremely long lines at the limited number of early polling locations here in Onondaga County, with people waiting hours in the middle of a public health crisis to cast their ballots. This is unacceptable. The county should open additional voting sites this year to improve the safety, efficacy, and efficiency of early voting for the people of our county.”

Senator John W. Mannion (D-Geddes) – “In 2020, the citizens of Onondaga County demonstrated their complete trust in the early voting process by turning out in record numbers. This is a free, fair, and open process we should all be embracing. I believe one of the clear lessons of the pandemic is that early voting works and is popular with New Yorkers. We need to do what is right for the voters of Onondaga County and that is make it easier to participate, not more difficult like in other parts of the country. My preference is that our local leaders do the right thing, but if it takes legislation to make our county on par with others around the state, I am determined to do that.”

Assemblyman William Magnarelli, (D-Syracuse, Geddes, Van Buren) – “Increasing the number of early voting sites in the county also increases the opportunity for more of the population to participate in the cornerstone of our democracy – voting. When the State passed early voting laws in 2020, the motivation was to allow all residents easier access to the voting process. Increasing the number of early voting sites is a necessary improvement upon this original legislation.”

Assemblyman Al Stirpe (D-Cicero) “The staggering number of Onondaga County residents who cast their votes early in the 2020 election made it abundantly clear that they support additional voting options. Unfortunately, massive crowds and long wait times made the voting process difficult for both voters and election officials. Increasing the number of early voting sites is a commonsense solution that will not only expand voting access, but save the taxpayers money. I urge county officials to take this simple step, but am prepared to take legislative action if need be.”

Assemblywoman Pamela Hunter (D-Syracuse) “The purpose of early voting sites is to improve access and ensure everyone has an opportunity to exercise their right to vote. By having the minimum number of sites in locations that are inconvenient for many voters, the County is undermining the intent of the law. If the County does not resolve this issue, we will ensure there is an equitable distribution of sites legislatively.”

County Legislator Mary Kuhn -“Voting should not be a partisan issue. Making voting easier serves to strengthen our democracy and ensures that all citizens, regardless of party affiliation, have a voice in their Local as well as their State and National government.”