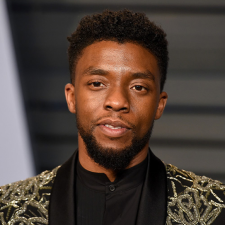 “It’s only a movie” was my thought, when I first heard the buzz about  Black Panther. An action hero movie set in a fictitious wonderful land hidden in the heart of Africa. It soon became a cultural phenomenon, people from 8 to 80 dressed in Wakanda inspired fashions, groups of young Black children flooded theaters to see a movie that centered around a Black world. A world that existed beneath the dense clouds and lush greenery to reveal an advance culture of Africans. And Chadwick Boseman as T’Challa was our King.  Black Panther managed to become the top grossing movie of the year and among the top-grossing movies of all time at 1.34 Billion.

As children growing up as African Americans, Black heroes were non-existent, the very idea of someone other than a white man being in that position was unheard of. Until a comic book character changed movie history. If Charlton Heston as Moses was the glue that held The Ten Commandments together, it’s impossible to imagine Black Panther without Chadwick Boseman’s, T’Challa. Seldom does a movie have the cultural impact that  Black Panther had, not just in America, but the world bought Black Panther tickets.

Word of his death at 43 of Colon Cancer hits like an anvil. No, this was not Avengers: Infinity War where supervillain Thanos, simply killed people by making them suddenly disappear. In the movie T’Challa is dissolved by Thanos leaving a hole in the heart of those wishing for a return of the African King in future films. Reportedly, a sequel was in the works and due to come out in 2022, with Boseman set to return.

Where’s the heart shaped herb? No, this was real life now, Black Panther was a movie, this is real, Chadwick Boseman is gone, but Wakanda is not. There’s a feeling of losing a King, our King.

With the depravity of leadership on the national level- African Americans embraced the culture, the achievement, the promise of this make-believe land that embodied the romanticized version of being free of racial domination and its accompanying oppression. Black Panther became culturally ground-breaking. 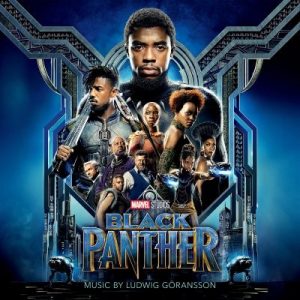 Finally, “we” had gone from being the first person killed by an alien in every science fiction TV show and movie, to becoming a viable society, not without its own unique issues.  The Jabari representing some of the same internal struggles we have as a people, woven seamlessly through the plot.

For those looking for an action movie it was all there, special effects, interesting gadgets and developed characters beyond cartoons. For those political minded, the movie was full of metaphors ripe for interpretation. The combination created a rich tapestry of a society, an African society so relatable it became a movie to dress up for, Wakanda inspired clothing became an accessory.

In January 2018, for 134 minutes we were transported to a place that felt like home, in an uncompromising story about a land that would not have been possible without Chadwick Boseman as King T’Challa, featured in a role, in a movie that resonated with so many people. Boseman’s, “T’Challa” character was introduced in 2016′s “Captain America: Civil War,” his “Wakanda forever” salute became a pop culture landmark.