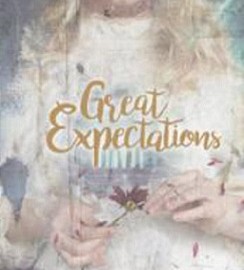 Syracuse Stage begins its 2016-2017 season with Great Expectations. Adapted for the stage by Gale Childs Daly and directed by Michael Bloom, the production runs from October 19-November 6, 2016 at the Archbold Theatre in the Syracuse Stage/SU Drama Complex, at 820 E. Genesee Street.

The story of Great Expectations traces the life of Pip, an orphan in 19th century England. From childhood through adulthood, he rises from poor beginnings as he aspires to be a gentleman. In a journey filled with kindness and cruelty, Pip comes to realize that an increase in wealth and status does not necessarily make a happy and fulfilled life.

Daly’s foray into Great Expectations began when she was assigned to write a 45-minute stage adaptation of the book as part of an educational outreach tour. “I thought that was impossible,” says Daly of the task, “But I said okay.” The success of the outreach tour led to her writing the adaptation’s current two-act version, a project that took two years to complete.

The greatest strength of Daly’s script is her tightening of the source material’s multiple plotlines and characters to focus on the story’s center, the orphan Pip. Her writing process for the adaptation included the creation of one outline per book chapter. “I sat down and made an outline of the basic plot. The things that we really needed to know about in the story,” says Daly.

In the process, Daly creates a fast-paced and easily understandable story, for lifelong Dickens fans and Dickens novices. A voracious reader, Daly recalls her mother’s advice regarding reading Dickens novels: that she read every single word because every single word was important, something that Daly fears has been lost in the Kindle age. “That was a huge lesson I learned as a reader,” recalls Daly, “I love Charles Dickens for that reason. I could just really, really get into it and chew it up intellectually.”

Daly’s adaptation was one of the things that attracted director Michael Bloom to the production. “I think it’s very clever,” says Bloom of the adaptation, “It really does a pretty accurate job of getting the basic story across. It also does it in a very fleet way, which is a great thing. And it has a lot of humor which is true to the novel as well.”

The production employs a six-member cast, five of whom will be quickly switching costumes and accents as they narrate Pip’s life and play the major characters in Pip’s life. In doing so, the cast makes the events of the play more theatrical. “It’s really fun to come in and see a group of artists…just give virtuosity performances in different roles,” says Daly, “I think that’s one of the reasons why people like Dickens too is that you just get to live in this world of fantastic characters.”

Bloom notes both the joy and the challenges of directing a small ensemble cast that juggles dozens of roles. “You get to see the versatility of actors. That’s always a joy,” says Bloom, “The challenge is that you have to make these changes very, very quickly.”

Gale Childs Daly’s career in the theatre has seen her juggle the roles of playwright, actor, director, teacher, and parent. Her stage adaptations include The Secret Garden and The Story of Opal. Her acting credits include The Crucible and Much Ado About Nothing. Her directing credits include Rosencrantz and Guildenstern Are Dead and Julius Caesar. She currently lives in Milwaukee with her husband, actor Jonathan Gillard Daly, and their two children.

Charles Dickens is widely considered to be one of the greatest writers of 19th century British literature. Born in Landport, Hampshire, England in 1812, he became a child laborer at the age of 12, as a result of his father’s jail sentence for monetary debts. Dickens often used his writings to shine a light on the suffering of the working poor at the hands of his country’s rigid class system. In 1833, he began a career as a journalist. When he became the publisher of the magazine Bentley’s Miscellany, he used it to launch his first novel, Oliver Twist (1839). Dickens’ other literary works include The Life and Adventures of Nicholas Nickleby (1839), A Christmas Carol (1843), David Copperfield (1850), A Tale of Two Cities (1859), and Great Expectations (1861). In the United States, besides his writing, he became known for his opposition to slavery. Dickens’ health declined in his later years, as he was injured in a train accident in 1865 before ultimately dying of a stroke in 1870, leaving his novel The Mystery of Edwin Drood unfinished. 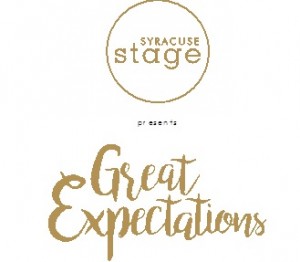 Oct. 27     “A Taste of Fall” Happy Hour at 6 p.m. (free for ticket holders)
Enjoy a complimentary maple-infused cocktail tasting from the innovative Last Shot Distillery, based in Skaneateles, and fall flavors from Phoebe’s Restaurant. All other drinks will be half-priced, including the Syracuse Stage signature cocktail The Pip.

Oct. 28     New! Wine & Beer Flights ($40, includes wine and beer tastings and show admission)  A delightful way for those who have come-of-age to get a spoonful of grape and grain.

Oct. 29   Prologue at 2 p.m. (free for ticket holders)
An intimate, 20-minute pre-show discussion with the actors one hour prior to curtain. Bring your questions.

Oct. 30  “Subverting Expectations” Poetry & Play at 12:30 p.m. (free for ticket holders)
A reading series that connects the literary arts to the work on our stage. Joan Sauro and other local writers share original works of poetry and prose prompted by themes, ideas and images in selected season offerings. Light refreshments provided.

Nov. 2    Wednesday @ 1 Lecture  (free for ticket holders)
Christian DuComb, assistant professor of English and Theatre at Colgate University, will give a lecture at 1 p.m. in the Sutton Pavilion before the 2 p.m. performance.

Nov. 3   Prologue at 6:30 p.m. (free for ticket holders)
An intimate, 20-minute pre-show discussion with the actors one hour prior to curtain. Bring your questions.

Nov. 5    Audio Described Performance at 3 p.m. for patrons who are blind or visually impaired.

Nov. 6     Open Captioning at 2 p.m. Performance for patrons who are deaf or hard of hearing.