Will work with Democratic Caucus on Legislature

“Let the healing begin, and our march towards progress begin”

Funeral Home Director, Charles Garland, was in a campaign marred by initial missteps; regarding Interstate 81 and the Harriet Tubman Skybridge. And like the movie Star Wars: The Empire Strikes Back! The political system went into overdrive. Usually when you lose the nomination of the party you step back. Based on a variety of factors, incumbent democrat Vernon Williams actively campaigned on the Working Families Party line. 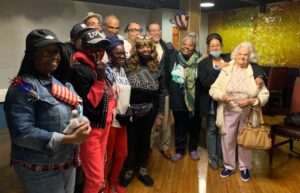 When the Skybridge proposal was announced it was as if someone hit an alarm button. Those who had worked so hard on gaining public trust were now being questioned.

With a dormant campaign suddenly made active, there was a chance that Charles Garland could snatch defeat out of the hands of victory. But, like a political Padawan, Charles Garland had wise counsel in his corner. He needed a “Yoda”, a role played by former 119th Assemblymember Sam Roberts, his impact was felt as Interstate 81 concerns disappeared into conventional campaign rhetoric and events. Pauline Finch, a near westside resident was there also, you could see the eclectic and loyal group of volunteers that were assembled. Too many to mention by name, from different backgrounds and interests, but what was clear is their enthusiasm for Mr. Garland.

The Empire Strikes Back!

Despite last minute endorsements of  Garlands opponent, incumbent Vernon Williams from a popular Mayor Ben Walsh and Onondaga County Executive J. Ryan McMahon. Williams leveled accusations that his campaign money was suspect, as a computer issue prevented timely submission of Garlands financial report.  Up against a virtual political Death Star. Undaunted, Democratic Party designee Charles Garland managed not only to win, but win convincingly over the challenge from incumbent Legislator Vernon Williams. The unofficial tally from Onondaga County Board of Elections is the following: 65.76%|1,575 for Charles Garland vs 34.07%|816 for Vernon Williams on the Working Families Party Ballot line. These are unofficial numbers, they will change as absentee ballots are counted.

Two years ago in the last election cycle, Garland lost to Williams in a tight primary race; in that matchup Williams won the primary by a slim margin.

Will work with Democratic Caucus on Legislature 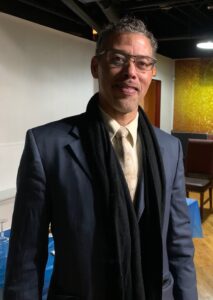 In an exclusive urbancny.com interview after winning the seat Garland said, “I spoke with Linda Ervin this evening and I’m ready to work with the democratic caucus.” There were initial concerns at the beginning of the campaign that Garland was questioning the consensus built by political and community leaders regarding the Community Grid. Garland did questioned the DOT report that placed a round-about at Dr. Martin Luther King Jr. School; “They just moved the pollution down the street from where it was at Pioneer Homes” Garland stated after the report was made public. After speaking with Ervin Garland said, “Let the healing begin, and our march towards progress begin”

For some perspective, a colleague another reporter asked me how could Charles Garland could win against the recent endorsements from the local areas highest elected officials? I had to explain to him, Garland Brothers Funeral Home has been in Syracuse for several generations.

If you’re Black, chances are your family has been touched by the Garland’s at a time of greatest distress, a funeral. Unlike other funeral homes that have gone after the minority community in recent years, Garland has buried the indigent, the uninsured, those that promised to pay but couldn’t. Therefore, his relationship with the Black community is deeply personal, defiant of political gravity.

Charles Garland made some early missteps in his campaign. But what better way to evaluate a politician then when all forces are against him, and he’s counted out.