One year ago, a large group of white Supremacists clenching torches and shouting racist slogans marched on the University of Virginia, the night before the rally. The crowd chanted the Nazi slogan” blood and soil”, “white Lives matter” and “Jew’s will not replace us.” The Unite the Right rally, was a white supremacist and white nationalist rally that occurred in Charlottesville, Virginia, from August 11 to 12, 2017

After the torch lit rally at the University of Virginia, after an enraged motorist committed vehicular homicide, The President of the United States weighed in on the situation unfolding in Virginia. 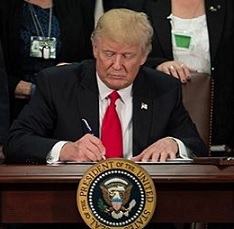 …”We condemn in the strongest possible terms this egregious display of hatred, bigotry and violence on many sides, on many sides. It’s been going on for a long time in our country…” – President Donald Trump

This was not a traditional grievance protest. This White Supremacists, Neo-Nazi, KKK inspired assembly was designed to stoke fear in the hearts and minds of Americans

At the time, Syracuse Onondaga County NAACP President Linda Brown-Robinson said in a statement, “It demonstrates what African Americans have known for decades that racism and bigotry is still alive and well in America. It is unthinkable that we have a president who would rather see blood running down the streets than take direct action against the perpetrators of hate and division. This country needs a leader who stands up and denounces racism and bigotry and let those who march under the flag of Nazism and racism will be severely dealt with, it is the time for action register and let’s VOTE.”

John Katko, in a recent interview, was asked this question by urbancny.com, “As African-Americans, many of us feel threatened by the anti-African American rhetoric that appears to be fueled by words spoken by the President.  He was seemingly supportive of alt-right forces chanting anti-Black and anti-Jewish statements in a widely publicized rally. The next day there was death in Charlottesville, Virginia.

From Starbucks to Papa Johns, there appears to be a climate of distrust of African Americans, with African Americans being reported to the Police for simply going about their business. Whether it’s a CVS store, swimming pool, or public park, this is happening on a more frequent basis. 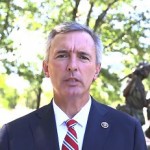 Katko: “Personally, I gotta stand up and speak out. I’ve spoken out against the president anytime he’s done something on anything of those occasions. There’s no place in modern country of ours for hatred or bigotry of any sort or white supremacy of any sort. And I’ve spoken out against that very forcefully; I’ve endeavored on homeland security committee to make sure that we focus our priorities on that as well.

I’m really saddened by these ridicules acts of hatred on all sides. Public officials and community leaders must unequivocally condemn that.”

Congressman Katko has publically denounced white supremacy. However, with statements like, “I’m really saddened by these ridicules acts of hatred on all sides.” Katko’s sending a message in code, reinforcing the Presidents aforementioned quote, “We condemn in the strongest possible terms this egregious display of hatred, bigotry and violence on many sides, on many sides.”

There appears to be a Republican Party playbook on race and it comes complete with phrases that sooth those white supremacists they portend to denounce.  Delivering a tangled word salad, spinning a web of deception. 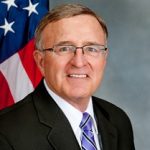 Retiring New York State Sen. John DeFrancisco, uttered a False Equivalency in his ill-conceived response and comparative references to protests at the University of California at Berkeley on Feb. 1, 2017

A former editor at Breitbart News was forced to cancel their speech, the speaker is known for his far-right views. Sen. DeFrancisco, in a radio interview said he, agreed with Trumps statement that “many sides” are to blame for bigotry and violence.

This isn’t Pig Latin or Klingon; its English neatly nestled between the denunciations. A wink and a nod and failure to see the difference between protestors assembled for justice, verses those such as Unite the Right, who at their last public appearance were white supremacists armed with Tiki torches and hateful, nation dividing rhetoric. 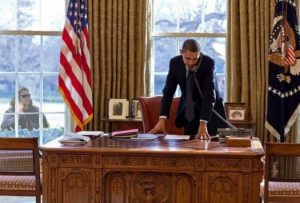 “Permit Patty” became the Meme of the year appearing where Black people are going about their business.

In the ensuing year, incidents of racial hated aimed at African-Americans went unnoticed by the President of the United States. We’ve seen the emergence of “Permit Patty” when a white woman called the police on African Americans having a barbecue. Other incidents followed, a napping student, a building inspector; all had the police called on them, as they were simply going about their business. A Black teen slapped and told to leave a public pool. People speaking Spanish admonished and told to “leave the country”, if they can’t speak English. 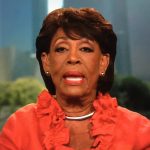 The President has escalated attacks on people of color in elective leadership; for example his scurrilous comments about U.S. Congresswoman Maxine Waters, “ a seriously low I.Q. person” 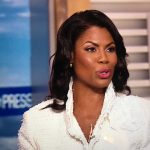 Trump continuing his twitter fueled rampage referring to CNN’s Don Lemon as being “dumb, making LeBron James look smart”.  At times of racial tension or division, instead of using his bully pulpit to inspire and lead, our President pours verbal napalm on the topic, ripping the scab off progress, which took generations to achieve. Another racial shoe is about to drop, Omarosa  Manigault Newman, a former White House adviser responsible for outreach to African-Americans, is set to drop her tell-all book that blatantly accuses the Commander in Chief of being a racist and using the N-word.  This appears to be a pattern, in his twitter storms he consistently questions the intelligence of African Americans he is in conflict with. His response to Manigault Newman’s book, Unhinged: An Insider’s Account of the Trump White House, “she’s a low life”.

On the eve of the one year anniversary of the violence in Charlottesville, Virginia, the President went to twitter to say, “Riots in Charlottesville a year ago resulted in senseless death and division, we must come together as a nation. I condemn all types of racism and acts of violence. Peace to ALL Americans!”

We are one year after Charlottesville, Virginia; Unite the Right supported forces are stronger than ever, taking their word salad of bile to Washington, D.C.’s Pennsylvania Avenue, to Lafayette Square, in direct view of their titular leader, President Donald J. Trump.

A prominent white nationalist,Jason Kessler,  who organized the Unite The Right rally, is quoted as saying,”It’s (Lafayette Square is) right there in front of the White House. So we can rally in D.C. and talk to President Trump.”