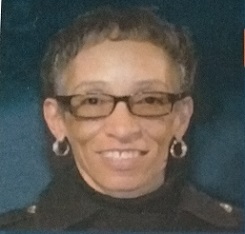 Cherylene “Twiggy” Billue has been involved with the Syracuse City School District for more than 20 years, first as a parent and later as an informal community guide for other families. Billue has long been an advocate for families struggling with the Code of Conduct policy and its implementation.

Out of all the candidates running for SCSD Board of Education, perhaps you’d find the most passion emanating from the Billue Campaign. Not one to be called a shrinking violet, Billue has worked with parents who’ve tried to navigate the maze of education system induced policies. Billue has a reputation for standing up, for parents that did not know, “the system”.

And sometimes, when you stand up in this community especially as an advocate, it isn’t easy. You’re being told to “be quiet”, “don’t say that”.

She’s also served as President of PTO’s at both Shea and Elmwood Elementary Schools. A vocal advocate, Ms. Billue has served on the Syracuse City School Districts Superintendents Council for 2 years.

There are a host of uncomfortable issues, some Board of Education Candidates would like to ignore; however, one thing you can say, Cherylene “Twiggy” Billue is not one to sugar coat or make believe everything is okay. Elected to the School Board or not, Billue will always remain a fierce advocate for those who are routinely left out.

To get involved with the Billue Campaign call 315-552-0732 or by email friendsoftwiggybillue@gmail.com