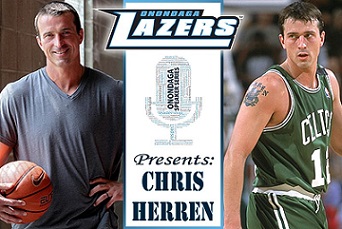 Chris Herren achieved his lifelong dream of playing for the Boston Celtics only to lose it all to alcohol and drug addiction. Herren was a two-time Gatorade New England Player of the Year (1993, 1994) and received numerous awards and honors including being named to the 1994 McDonald’s All-American team while at Durfee High School in Fall River, MA. He continued on to play college ball at Boston College (1994) and then California State University, Fresno (1995-1999) where he ranked fifth in the nation in assists during the 1998-1999 season. Following his senior year at Fresno State, Herren entered his name in the 1999 NBA draft and was selected by the Denver Nuggets in the second round with the 33rd overall pick. In 2000, Herren was traded to the Boston Celtics where he played in 35 games until alcohol and drug addictions impeded any further opportunities. 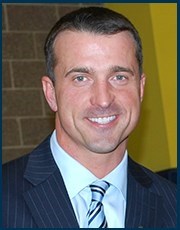 Although Herren struggled with substance abuse for much of his basketball career, he has refocused his life on sobriety and family. His powerful speaking influence took off after the publication of his memoir, Basketball Junkie, written with Bill Reynolds and the telling of his story in the ESPN 30 for 30 documentary Unguarded, directed by Jonathan Hock.

Substance abuse continues to be an issue for the youth of the local and surrounding communities. Onondaga Community College works to foster active and productive participation in building a mutually supportive environment for members of the campus and broader communities.

Doors open at 5:00 p.m. EDT with the presentation beginning at 6:00 p.m. Tickets are $10 for the general public, $5 for high school and college students, and free for all Onondaga Community College students and employees with proof of a Lazers ID card. Tickets are available at the SRC Arena Box Office. To purchase tickets please call 315-498-2772 or visit the SRC Arena Box Office on campus.

Due to subject matter, tickets will only be sold to high-school age and above persons. The event is sponsored by the New York State Office of Alcoholism and Substance Abuse Services. The presence of media will not be permitted inside the arena. For more information please call Nick Gatto, Assistant Athletic Director, at 315-498-2710, or visit www.onondagalazers.com/speakerseries.