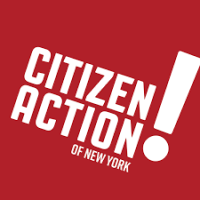 Albany, NY— In response to the rise of anti-Semitic attacks in New York, Ivette Alfonso, president at Citizen Action of New York, released the following statement:

“We condemn the recent rash of anti-Semitic violence in New York and across the country. This has been a global problem for thousands of years. The threat of violence toward ethnic groups is an epidemic in our country and has gotten worse since Trump’s presidency. This is unacceptable. We stand in solidarity with the Jewish community in condemning these acts of violence and remain committed to the liberation of oppressed people. We cannot effectively root out racism and white supremacy until we all stand against hate. Working for a world where all people are equal and free requires that we stand against hatred and discrimination in all its ugly forms.”