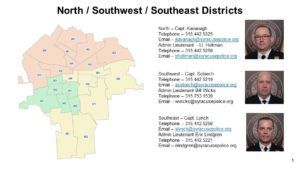 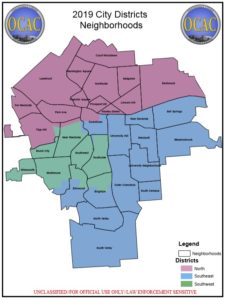 The new mapping and changes in deployment are the first in a generation to detail publicly how the city is policed, and who is responsible for day-to-day management. Recently, as part of their outreach efforts Chief Kenton Buckner and the Syracuse Police Department held a lunch meeting with members of the local area media. The department continued its outreach efforts by scheduling a series of Community Meetings in city neighborhoods.