Mayor Walsh says City’s focus is on how to “deliver services better to our constituents” “Syracuse is truly a pioneer,” says NYPA President Gil Quiniones

Syracuse, N.Y. – The City of Syracuse has been named one of the “Eight Smart Cities to Watch” in the United States. StateTech Magazine, which covers information technology for state and local government, made the announcement in an article appearing online earlier this week. 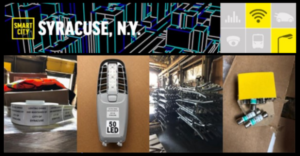 StateTech refers to Syracuse as being among a new batch of “rising smart city stars” that have focused their efforts on providing “the right smart city applications at the right time for their residents.” In addition to Syracuse, StateTech named seven other cities to the list: Aurora, Ill.; Coral Gables, Fla.; Colorado Springs, Colo.; Houston; Jacksonville, Fla.; Reno, Nev.; and Philadelphia.

“From the City’s perspective, the lens through which we need to look at all of our smart city opportunities,” said Syracuse Mayor Ben Walsh, “is helping us to deliver services better to our constituents, because that’s really our job.”

Syracuse’s Smart Cities progress has been advanced through its partnership with the New York Power Authority (NYPA). NYPA awarded Syracuse a $500,000 Smart Cities grant for the project. The City utilized the additional funding to support special features on the streetlights that demonstrate the latest in Smart City technologies, focused on digital connectivity, environmental monitoring and public safety. These features are expected to be fully implemented in early 2021. 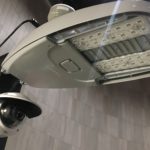 “Syracuse is truly a pioneer in its exploration of using SMART technologies to improve public services and the Power Authority was thrilled to partner with the city on the innovative initiative,” said Gil C. Quiniones, NYPA president and CEO. “This recognition for Mayor Walsh and his efforts to transform Syracuse into a SMART city are greatly deserved.”

On Wednesday, Governor Cuomo announced that Syracuse completed installation of energy-efficient LED streetlights throughout the City of Syracuse as part of the Governor’s Smart Street Lighting NY program. As reported in the Governor’s announcement regarding the street light conversion, “The more than $16 million cutting-edge initiative, implemented by NYPA, includes the replacement of approximately 17,500 streetlights throughout the city with SMART, LED fixtures, improving lighting quality and neighborhood safety while saving energy and maintenance costs. The city’s streetlights are now outfitted with SMART controls that provide programmed dimming ability, energy metering, fault monitoring, and additional tools for emergency services through on-demand lighting levels.”