Syracuse, N.Y. — What Works Cities, a Bloomberg Philanthropies program that helps cities enhance their use of data, has named the City of Syracuse to its 2020 Certification Honor Roll.  The What Works Cities (WWC) Certification evaluates how effectively cities are managed by measuring the extent to which city leaders incorporate data and evidence in their decision-making against a national standard of excellence.

According to the organization, Syracuse is an “up and coming leader in data-driven, well managed local government.” The City ranks highly in comparison to other cities in how it uses data for general management; open data for the public; stakeholder engagement; performance analytics and evaluation.

“Being a data-driven city is at the core of our vision to make Syracuse a growing city that embraces diversity and creates opportunity for all. Data has played a critical role in the early success of our Syracuse Surge and Smart Cities initiatives, as well as our approach to address poverty in the City. This recognition by What Works Cities is more evidence that we are heading in the right direction,” said Syracuse Mayor Ben Walsh. “We have been able to introduce new policies, technology, and legislation in order to provide more equitable services to our constituents based on data-based objectives. I am very excited about the opportunities ahead for our residents, business, employees and region.”

The criteria assessed around What Works Cities Certification have proven to be critical in Syracuse’s current response and recovery efforts to the COVID-19 pandemic, including:

Through data-driven management, the City of Syracuse has made many improvements, including:

The City of Syracuse is currently conducting a national search for its next Chief Data Officer, who will lead the City’s continuing efforts to achieve data excellence. Interested candidates should visit http://www.innovatesyracuse.com/cdo to apply. 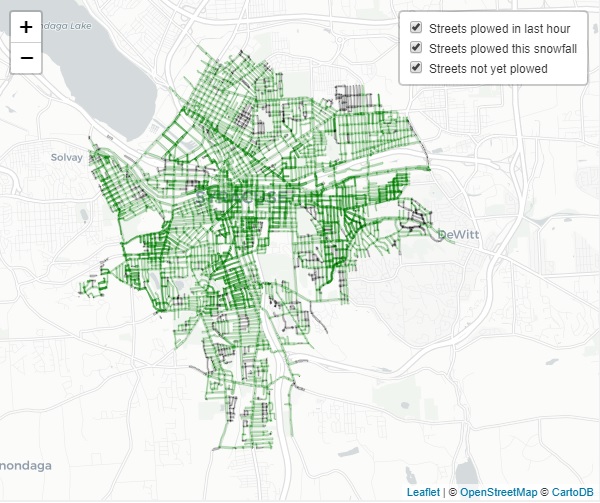 WWC is a national initiative launched by Bloomberg Philanthropies in 2015 that is designed to help cities with a population of at least 30,000 establish the right people, processes, and policies in order to govern comprehensively. Honor Roll status is achieved by cities that are on the path to Silver, Gold, and Platinum Certification. 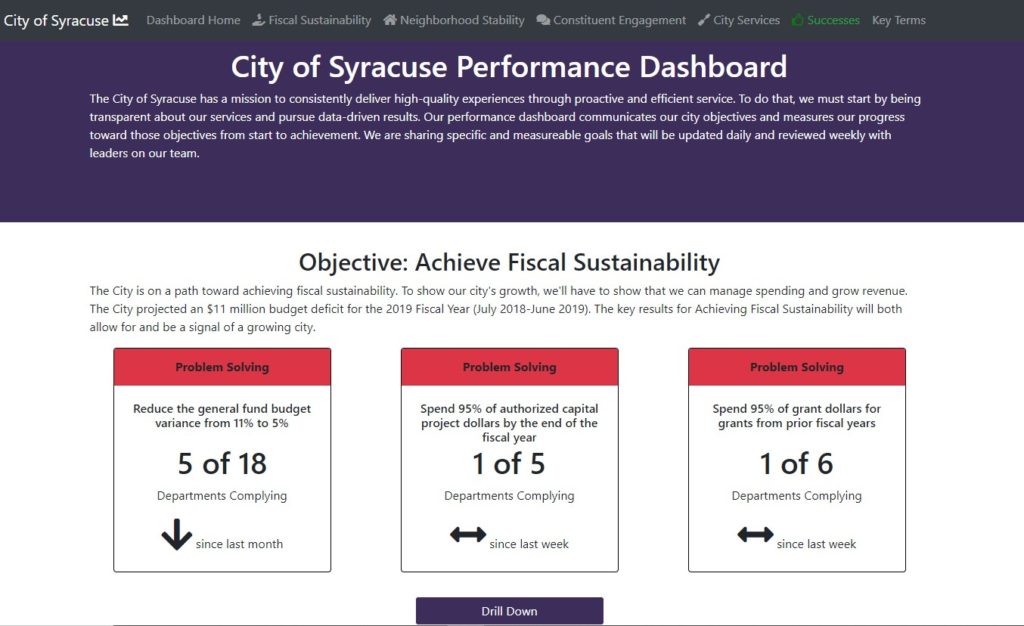 What Work Cities, launched by Bloomberg Philanthropies in April 2015, is a national initiative that helps cities use data and evidence more effectively to tackle their most pressing challenges and improve residents’ lives. It is one of the largest-ever philanthropic efforts to enhance cities’ use of data and evidence. Through the initiative’s expert partners, cities around the country are receiving technical assistance, guidance and resources to succeed in making more informed decisions, tackling local challenges, and delivering more effective services and programs for their residents. Cities in the What Works Cities network also gain access to a collaborative network of peers in cities across the country. For more information, visit whatworkscities.org.