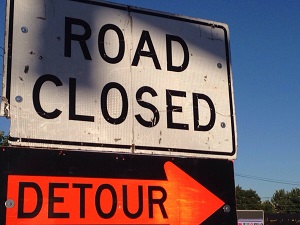 SYRACUSE, N.Y. – The City of Syracuse today released its schedule of roadwork projects for the week of September 8 through September 14. For more information, including detailed maps of detours, residents are invited to visit the City of Syracuse roadwork webpage at www.syrgov.net/roadwork.

West Street. This City led project will include lane reductions on West Street between W. Fayette St. and W. Onondaga St. due to paving and striping this area.

Midland Avenue. This City led project will include a road closure on Midland Avenue bridge over Onondaga Creek. Pedestrian access on the bridge will be maintained, but the southbound vehicular detour is: Midland east on Tallman,  south on Cortland back to Midland and the northbound vehicular detour is: Midland north on Cortland, west on Tallman, back to Midland. 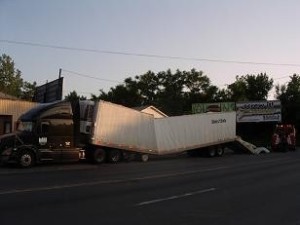 W. Genesee Street is being lowered to prevent scenes like this truck being damaged by bridge impact 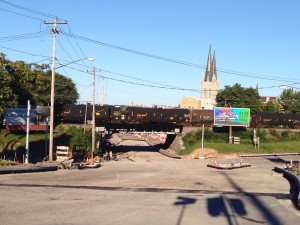 I-690. This NYSDOT-led project will affect multiples lanes and exits along the I-690 route in Syracuse.

Eastbound I-690 ramp to West Street (Exit 11): This ramp will be closed to all traffic beginning at 9 a.m. on Tuesday, September 2 and remain closed around-the-clock until September 30.  Motorists can access West Street by using the right lane of Exit 12 (West Genesee Street) then proceeding past the signal at West Genesee Street.  This bridge deck work will also require that the ramps from Butternut and Franklin Streets to West Street be closed.

Valley Drive. This City led project will include road closures by block as project advances with detours along Valley Drive between Atlantic Avenue and West Newell Street. Detours will be signed.