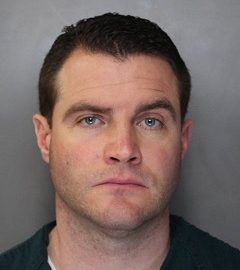 SYRACUSE, N.Y. –(Updated March 24th) Peter Rauch, a 37-year-old DA’s investigator was charged with leaving the scene of an accident, after hitting a pedestrian with a District Attorney Office issued vehicle early on March 21st. According to published reports Seth Collier, 18, is on life support at Upstate University Hospital, he is not expected to survive. The District Attorney fired Rauch because he never reported the accident to the chief investigator.

Since the incident occurred in Onondaga County, a judge from Oswego County has now been appointed to handle this case.

In a statement Mayor Stephanie Miner said, “The City of Syracuse has suspended firefighter Edward Ackerman, without pay, effective March 21, 2017 pending an investigation into a hit-and-run accident on North Salina Street.” Edward Ackerman is also President of the Pastime Athletic Club, the place where 2 of the 3 went after the accident. The video from Pastime has now been confiscated by authorities.

According to initial reports there were 3 men involved, Rauch, Ackerman and an unidentified man.  The unidentified man has yet to be charged and it’s a mystery as to why his name is not being released.

This is just the latest in a series of events that have placed Onondaga County District Attorney at odds with Syracuse Police Chief Frank Fowler.  The City of Syracuse quit a DEA task force in 2014, administrators were not convinced that Rauch had enough experience, which would pose a danger to the members of that task force.

The victim in the March 21st accident, Seth Collier, 18, has died. His family has stated that his organs have been donated to others. Charges against Peter Rauch, a 37-year-old DA’s investigator have been upgraded to  a greater charge of leaving the scene of a fatal car crash, changing the crime from a Class E to a Class D felony. He was released on $50,000 bail, at the original charge bail was set at $10,000.