Syracuse elected officials, led by Councilor Michael Greene, will make an announcement in front of City Hall at 11:00am on Monday, June 3rd, 2019 that signifies their endorsement of New York State Bill A.3262/S.6079, which would expand the definition of the term, “bank”, allowing municipalities across New York State  to deposit funds into credit unions, savings banks, savings and loan associations and federal savings associations.

Local State Representatives, Senator Rachel May and Assemblymembers Pamela Hunter and Al Stirpe are co-sponsors of the bill. 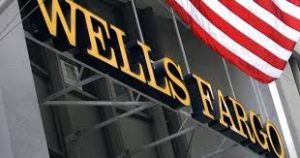 Current New York State law requires local governments to deposit municipal funds into commercial banks, to the exclusion of smaller local financial institutions. According to the bill’s main supporters, giving municipalities the choice on where they deposit funds would make it easier to invest locally. Commercial banks are beholden to their shareholders while savings banks, credit unions and small financial institutions are beholden to the communities where they do business. If the City of Syracuse put all of its deposits into local banks and credit unions located within the city limits, more of that money would be lent to communities within the City. “Whenever the City has the opportunity to use its resources to keep money in the local economy, it is a win for our community,” according to Councilor Greene. “Since these institutions are locally focused, they are more likely to distribute these funds to local businesses and home buyers than larger national banks. Additional competition could also have a favorable impact on the rate that the city receives for its deposits which would ultimately save taxpayers’ money.”

Representatives of local financial institutions have stressed the importance of credit unions in particular for their role in helping to revitalize historically underserved communities in Syracuse. “Community Development Credit Unions are in a unique position to make loans to people who live in communities experiencing disinvestment,” said Ron Ehrenreich, CEO of Cooperative Federal, a community development credit union in the City of Syracuse. “We once worked with Onondaga County to create a loan program for formerly incarcerated people to get small loans for used cars so they could travel to their new jobs after re-training. The state’s restrictions on these deposits into credit unions sunk this initiative.”

This frustration is widely shared among the New York State credit union community. In a memo supporting municipal depository choice, the New York Credit Union Association (NYCUA) claims that the current law is “an outdated holdover from the time of the initial drafting of the general municipal laws in the early 1900s, long before credit unions existed as the financial institutions they are today.” 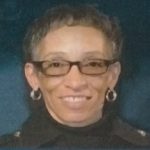 In effect, the current law requires to put deposits solely in commercial banks, giving them “a virtual monopoly on public deposits.” William J. Mellin, the President and CEO of the NYCUA, argues that, if individuals can choose where they can bank, why not municipalities? “We have participated in hearings, helped draft legislation and now have bills supported by the chairmen of the banking committees in both chambers of the legislature. Let’s help taxpayers and end the banker monopoly once and for all.”

Katelyn Kriesel of the Reinvestment Alliance and Counsilor Michael Greene will be speaking at the event. Other speakers will include Frank Cetera of Cooperative Federal, Twiggy Billue of Jubilee Homes and RJ Tamburri of the New York Credit Union Association.