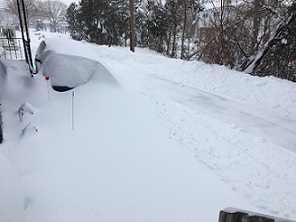 If Vehicles Are Not Moved, Side Streets Cannot Be Plowed

SYRACUSE, N.Y. – The City of Syracuse is reminding residents to shovel out and move their vehicles from side streets so Department of Public Works crews can plow streets.

“As of now, most major thoroughfares are clear. We need residents to move their vehicles so the City can plow side streets,” said Syracuse Mayor Stephanie A. Miner. “If vehicles are not moved, we will be unable to clear the snow from these narrow, neighborhood streets.”

City crews have been out since the Winter Storm Stella began continuously plowing City streets. An emphasis is placed on major roads and hospital routes. The City of Syracuse plows more than 400 miles of road.