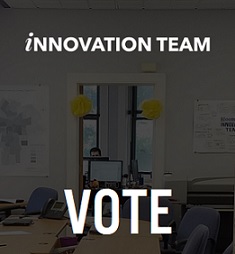 SYRACUSE, NY – The City of Syracuse’s Office of Innovation, or “i-team,” is taking the next step to determine their focus area for 2018. After an initial round of online voting, six issues emerged as the most popular choices, from which the City is now asking residents to vote on their top picks using a new online platform that builds community engagement.

“We’re constantly looking at how we can more easily and more effectively engage the community in our work,” said Adria Finch, Director of the Office of Innovation. “My team is excited to test out a new platform, which fosters public participation and improves the decision-making process.”

The i-team was formed in 2015 with a $1.35 million grant from Bloomberg Philanthropies. The team works closely with residents and city staff to design solutions with clear goals and rigorously measure progress. In the past, the team has focused on infrastructure, opportunity and housing. Kicking off his new term, Mayor Walsh and the i-team are asking for public input to select the priority area. 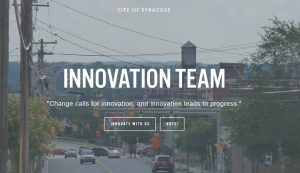 The top topics that receive the most votes will go to the Mayor for final review. The community can expect a decision by the end of February.

The 6 idea categories that voters can choose from are:

City of Syracuse Office of Innovation

Since its launch in 2015, the Syracuse i-team helped make substantial progress on previous focus areas like improving the city’s water and road infrastructure—filling over 15,000 potholes, more than doubling its speed in resolving requests for repairs from residents, saving over $1.2 million on infrastructure costs, and winning over $750,000 more in state infrastructure grants. Additionally, the team’s most recent work with the Division of Code Enforcement has yielded an 18.2 percentage point increase in code compliance.  Nearly 60% of violations, including health and safety violations such as heat and water shutoffs, infestations, and chipping lead paint, were successfully resolved by property owners on time.