On Friday, May 17 at 3:30 p.m., volunteers from Clean-up ‘Cuse Adopt a Block program launched their first official litter pickup program of the year. Crews met at Skiddy Park. Some took on trash at the park and others fanned out citywide to clean up trash in their adopted areas. Mayor Walsh started the program shortly after taking office, and more than 90 individuals, groups and businesses have already signed up.

This was no ordinary pick up litter campaign. While over 50 people mobilized at Skiddy Park; others across Syracuse were already adopting a nearby block, in many cases the block that people reside on, committing to keeping a particular area of their neighborhood litter-free. Even Onondaga County Executive Ryan McMahon’s office got involved, pledging to adopt a city block.

What followed the speeches was an all out effort to cleanup litter in the Near Westside Neighborhood. Armed with safety sticks that allow the user to grip an item, volunteers including those gathered at the podium grabbed a stick and a bag and went to work. 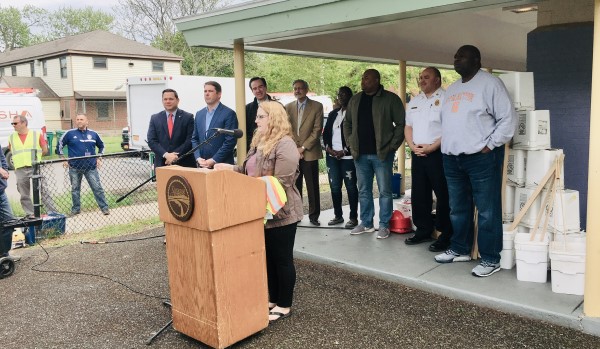 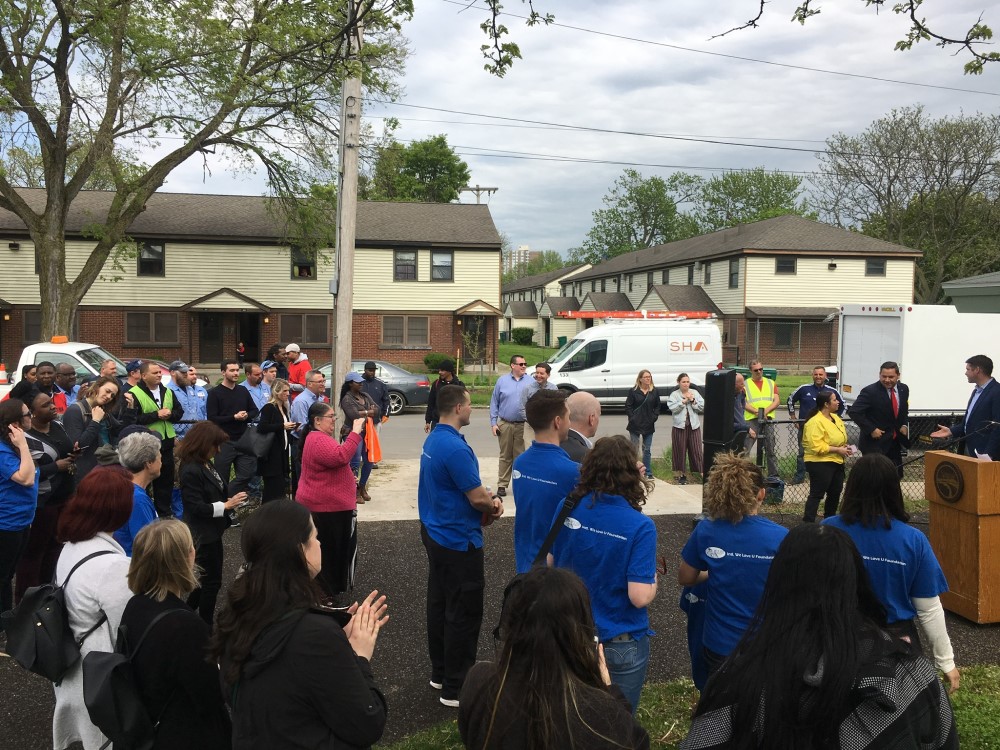 Just a drive around the neighborhood after they’d begun, and you could see everyone from the Chief of Police to various departments heads and volunteers, deployed on a common mission, showing by example that the community can come together in an effort to not only cleanup an area, but to become part of a network of volunteers who help maintain our neighborhoods by engaging in picking up litter in a particular part of our community.

The Adopt-A-Block” cleanup kickoff, was just the beginning of what promises to be an ongoing effort to improve the quality of life in Syracuse neighborhoods.

More information on the Adopt a Block program is at http://syrgov.net/cleanupcuse