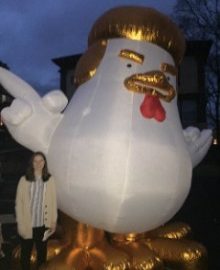 Tax Scam Rally with the Trump Chicken planned by CNY Solidarity Coalition to, “let Congressman Katko know that his constituents DEMAND that he fight FOR US and not billionaires and Big Business”. Wednesday, December 6, 12:00-12:30pm, at 440 S. Warren Street, Syracuse, on the sidewalk in front of Rep. Katko’s office bldg. This protest is being organized by CNY Solidarity Coalition, speakers TBA.

According to the coalition; Congressman Katko voted for the House tax plan that delivers huge tax cuts to the richest 1% and wealthy corporations, funded by increasing taxes on millions of middle-class Americans and by slashing Medicare, Medicaid and education. Now that the Senate passed an equally destructive tax plan, a reconciliation of the House and Senate plans will commence. Rep. Katko must stand up for and protect the working people of Central New York, not giant corporations and the One Percent, the GOP donor elite.

In New York’s 24th Congressional District, a majority of voters oppose paying for the tax plan by increasing the national debt by $1.5 trillion over the next ten years (18 percent support – 67 percent oppose) 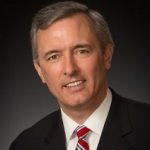 Representative John Katko would lose re-election in 2018 to a generic Democratic opponent in a hypothetical matchup (43 percent – 45 percent). Moreover, the survey shows that 56 percent of voters are less likely to vote for him following his vote in favor of the House tax bill.