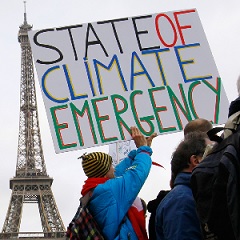 Syracuse, NY – CNY residents will hold an emergency rally outside the Federal Building in Syracuse this evening to stand in support of the Paris Climate Agreement and against Trump’s impending withdrawal. President Trump is expected to pull out of the Paris Agreement on Climate Change this afternoon.

The Paris Agreement was signed by 196 countries and is the backbone of international action to tackle climate change. Residents and activists will rally to urge federal officials to push back against Trump’s dangerous actions and call for the transition to 100% renewable energy in Syracuse and New York State.

To address climate change, countries adopted the Paris Agreement at the COP21 in Paris 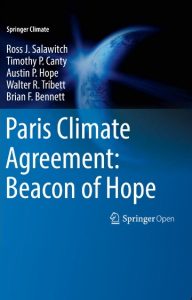 on 12 December 2015. The Agreement entered into force less than a year later. In the agreement, all countries agreed to work to limit global temperature rise to well below 2 degrees Celsius, and given the grave risks, to strive for 1.5 degrees Celsius. Implementation of the Paris Agreement is essential for the achievement of the Sustainable Development Goals, and provides a roadmap for climate actions that will reduce emissions and build climate resilience.

The exit of the United States, the world’s largest economy and second-largest greenhouse gas polluter, would not dissolve the 195-nation pact, which was legally ratified last year, but it could set off a cascade of events that would have profound effects on the planet. Other countries that reluctantly joined the agreement could now withdraw or soften their commitments to cutting planet-warming pollution.