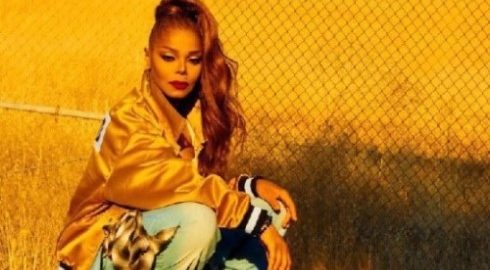 Tickets On Sale to the General Public Starting Friday, April 27 at LiveNation.com

Los Angeles, CA (April 23, 2018) –  Global superstar Janet Jackson will return to arenas and amphitheaters across the U.S. this summer with an extension of her outstanding and in-demand State of the World Tour. The outing will showcase some of the legendary entertainer’s biggest dance anthems and powerhouse ballads that have become staples of the music icon’s career.

Produced by Live Nation, the newly announced U.S. dates will kick off July 11th in Austin, TX and visit cities across the country including Cincinnati, Hershey, Raleigh, Miami, and more. Full routing can be found below. Tickets go on sale to the general public starting Friday, April 27 at LiveNation.com.

Citi is the official pre-sale credit card of the State of the World Tour. As such, Citi cardmembers will have access to purchase pre-sale tickets beginning Tuesday, April 24 at 10am local time until Thursday, April 26 at 10pm local time through Citi’s Private Pass® program. For complete pre-sale details visit https://www.citiprivatepass.com/.

Janet Jackson is one of the most influential entertainers of the modern era. Her music has won her 6 GRAMMY® Awards, 2 Emmy Nominations, a Golden Globe Award, a nomination for an Academy Award along with dozens of American Music Awards, MTV Video Music Awards and Billboard Music Awards. She has received accolades as an actress as well including the NAACP Best Supporting Actor award. Janet is a published author, dancer, businessperson, philanthropist and one of the biggest-selling artists in popular music history. With sales of over 160 million records worldwide, Janet Jackson stands as one of the best-selling artists of all time with a string of hits that have left an indelible impression on pop culture. Her music and artistry has opened doors through which other top artists have followed, many acknowledging her impact on their musical perceptions. For more information please visit janetjackson.com.

“Jackson managed to expertly pull off an all-stops stadium pop show while still imbuing the affair with plenty of her own idiosyncratic personality.” – Variety

“Sunday’s concert provided a thorough overview of her expansive catalog, from the bracing pop-R&B of ‘Control’ to the exuberant disco of “All for You” to the dark, humid soul music she was making on “The Velvet Rope,” a touchstone for some of today’s adventurous young artists…LA Times

“…a new wave of inspiration hit the singer as the dance numbers, flawless looks and new confidence breathed new life into her…show.” – Vibe

Tickets available online at LiveNation.com, Ticketmaster.com,
the Box Office at Oncenter or Charge By Phone at 1-800-745-3000.

All dates, acts and ticket prices subject to change without notice.  Tickets subject to applicable fees.