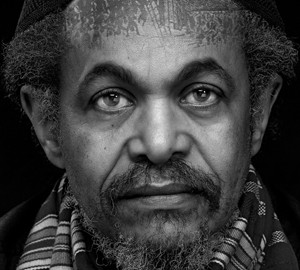 Syracuse, NY – May 27, 2008 The Community Folk Art Center announces opening of new gallery exhibition, The Whipping Post by photographer Brantley Carroll. Blending historical images and engravings or text, Carroll’s exhibition explores the legacy of The Middle Passage and the American Plantation System of Slavery in the United States.

The opening reception with the artist will be held on June 14th at 2:00p.m. The exhibition will be on view at The Community Folk Art Center June 7th through August 16th, 2008. Gallery hours are Tuesday through Friday from 10:00 a.m. to 5:00 p.m. and Saturday from 11:00 a.m. to 5:00 p.m. Pieces from the exhibition will also be on display at the Barnes & Noble Bookstore located on Erie Boulevard, June 1st through June 30th.

Carroll’s exhibition The Whipping Post engages the viewer in a visual tÍte-‡-tÍte with colonial slavery and starkly captures the instrumentation of abuses that slaves endured. Each photograph draws you in to witness and read the digitally interwoven images and text taken from antebellum slave auctions, warrants, historical maps and documents.

In a piece entitled Thomas Jefferson’s Slave Sally Hemmings, a young woman looks out beyond the words and signatures pearled together to constitute the foundation of a country. This piece holds a special significance to the artist, amongst commonly recognized filigree marks – Thomas Jefferson, John Hancock, and Benjamin Franklin – is a Charles Carroll – the artist’s great, great, great grandfather. “My father, Walter Carroll was reportedly very ashamed when as a young man he learned that he was the descendant of Charles Carroll. Carroll was a founding father and signer of the Declaration of Independence. An Irish Catholic immigrant, Carroll became a wealthy landowner in Maryland who founded the first industrial Iron Works in Baltimore and owned a large tobacco plantation. He owned one thousand slaves.”

Artist Brantley Carroll contends, “that a nation like an individual must face its sins and make amends if it is to move toward greatness and enlightenment. It is the goal of my work to more fully understand and educate people about what the sins and realities of slavery and more importantly how its legacy pervades today.”

The Community Folk Art Center will also host several guest speakers and film screenings in conjunction with the exhibition throughout the month of June. Please contact the CFAC offices at 315-442-2230 or visit us at http://www.communityfolkartcenter.orgfor a full schedule of events.

The Whipping Post Exhibition is made possible in part by a grant from the Central New York Community Foundation.

The Community Folk Art Center is a part of the Department of African American Studies in the College of Arts and Sciences at Syracuse University.