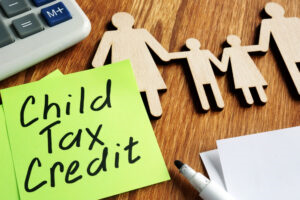 11/22/2021 – The Central New York Community Foundation will receive funding to help ensure that as many Syracuse families as possible sign up for the expanded federal tax credit benefits they are eligible for. The EITC Funders Network is awarding the foundation $50,000 from its Community Outreach and Opportunity Fund to conduct hyper-local, strategic outreach to residents. The Community Foundation is also putting $50,000 of its own funding toward this effort.

The American Rescue Plan Act expanded the Child Tax Credit (CTC) and Earned Income Tax Credit (EITC), giving access to families who have traditionally been excluded from these programs, among them some of the most marginalized and living in the deepest poverty. According to the Tax Policy Center, there are 1,362 Syracuse children at risk of missing out on the CTC because their families don’t know that they qualify or how to access them.

“The CTC and EITC expansions can only achieve their goals if families know about the credits, are able to enroll and can get their taxes done in free and non-predatory settings,” said Ami Nagle, director of the EITC Funders Network. “A key implementation challenge is that families who earn the least do not typically have to file income tax returns, leaving the IRS with no record of them to receive payment. This grant will help the Community Foundation with critical outreach to those non-filers.”

The Community Foundation plans to use its Life Needs Assessment (LNA) tool to identify residents who lack full-time jobs or have identified that they do not have enough money to meet their needs and pay their bills on time. The Central New York CA$H Coalition, an initiative of the United Way of Central New York, and community partners such as Peace, Inc. will then reach out to those community members using trusted messengers.

LNA is a data sharing tool that facilitates matchmaking between nonprofit organizations and resident needs. The survey asks community members to self-identify the needs they are experiencing in childcare, healthcare, housing, safety, education and employment. Each survey response is then geocoded to census tracts.

“The strategic, targeted outreach that’s possible with the Life Needs Assessment is why we are well-suited for this fast-moving effort,” said Frank Ridzi, vice president of community investment at the Community Foundation. “The tool allows participating nonprofits to respond in real-time to the needs of the community and geocoding the responses allows for hyper-local, directed communications.”

In 2019, the U.S. Census Bureau reported that 30% of Syracuse residents, and 44% of Syracuse children, live in poverty. In Census Tract 42 on the Southside of Syracuse, the poverty rate is as high as 65%. The Center for Working Families found that more than 80% of tax-filers who qualified for the EITC reported that it helped them with necessary expenses like household bills and food, while almost 50% reported that it was critical for making future investments like buying a car or getting an apartment. Additionally, according to the EITC Funders Network, children whose families receive these tax credits

“The expansion of the EITC and CTC will help many children and families in Central New York, especially those living in poverty,” said Ridzi. “We are happy to be doing our part to spread the word about this critical opportunity for the benefit of local families.”

The Central New York Community Foundation is a public charity established in 1927 that receives contributions from donors, manages them to grow over time and then distributes funding to local charities to help them thrive. It is the largest charitable foundation in Central New York with assets of more than $366 million and has invested more than $230 million in community improvement projects since its inception. As a grantmaker, civic leader, convener and sponsor of strategic initiatives, the Community Foundation strives to strengthen local nonprofits, encourage better understanding of the region and address the most critical issues of our time.