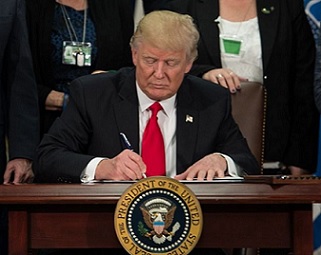 Syracuse — “Donald Trump has declared #FakeNationalEmergency—an illegal power grab from an unhinged man to push his racist, dangerous policies”. According to a variety of community groups have called for a protest against the National Emergency declared by President Donald Trump last Friday.

CNY Solidarity, the Syracuse Peace Council, Workers’ Center of CNY and the Syracuse Immigrant Refugee Defense Network and elected officials will protest the fake so-called “national emergency” on Presidents Day—Monday, 2/18—and talk about the real emergencies in our country related to poverty, hunger, homelessness, black maternal and child mortality and the cruel separation of families by Immigration and Customs Enforcement.

The only crisis on the US-Mexico border is the one caused by the Trump Administration’s cruel policies towards families and children seeking asylum—ripping kids from their parents, locking them in jails, changing the rules and criminalizing the legal right to seek asylum, and tear-gassing women and children.

The demonstration in Syracuse is one of over 200 protests happening on Presidents Day. “We will stand together to talk about the real issues in this country and call on Representative John Katko to take action to curb Trump’s abuse of power.”