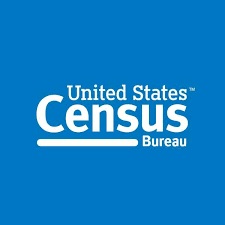 Following the recent launch of Governor Andrew M. Cuomo’s Census Council, New York’s campaign to make sure every New Yorker is counted in the upcoming 2020 Census continued last week with four conferences across the state. State officials moderated panels in Buffalo, Rochester, Syracuse and Long Island, to inform counties and community-based organizations on how to apply for available State funding as well as best practices to coordinate efforts and resources to reach at-risk and hard-to-count communities. The conferences also focused on leadership and messaging strategies to implement, improving digital literacy and opening up places for individuals to fill their Census online.

“We are committing significant resources to our efforts to get a complete count because the 2020 Census is critical to the future of our great state,” Governor Cuomo said. “At this critical time in the history of this nation and this state, we are going to get the job done and make sure every New Yorker is counted and represented.”

“I am traveling across the state raising awareness and encouraging participation in the 2020 Census as part of our statewide Census conferences,” said Lieutenant Governor Kathy Hochul. “This is a critical time in our history and we must ensure a complete count to receive our fair share of federal funding and have the representation we deserve in Washington. We are working to make sure all New Yorkers are counted so no children go hungry, no seniors have to live without heat, and people with disabilities have good jobs. We have to combat attempts to discourage individuals from being counted in the Census due to fear fueled by the federal government. A complete count will be a testament to our diversity, resiliency and strength as a state to ensure a bright future for all.”

Governor Cuomo has already taken several actions to support a complete census count in New York this year. In January, the Governor proposed an additional $10 million in the FY 2021 budget, bringing the State’s total committed resources up to $70 million, to ensure a fair and complete count of every New Yorker in the census. The Governor also established the Census Council, which is co-chaired by Martin Luther King III, Lucy Liu and Lin-Manuel Miranda, is helping to lead the charge to ensure every New Yorker is counted in the upcoming 2020 Census. 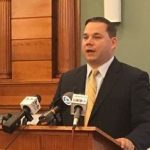 Onondaga County Executive Ryan McMahon said, “Without a complete and accurate count for the upcoming Census, New York State stands to lose crucial funding and even representation in the federal government. We must work together to make sure that all of our neighbors are counted – whether they live in our urban, suburban or rural communities. Thank you to Governor Cuomo and his team for their investment and support to make sure we can get the job done.”

Dozens of State agencies and authorities, as well as SUNY and CUNY, are deploying resources and using their ongoing contact with the public to get residents to fill out the Census. These State entities include the Departments of Labor, Motor Vehicles, Agriculture and Markets; the offices of Mental Health, Alcohol and Substance Abuse, and People with Developmental Disabilities; Empire State Development; and the Division of Veterans Affairs, which are conducting outreach and providing Census-related information across their millions of contacts with the public.

The State’s support for the Census count builds on findings and recommendations released in October 2019 by the New York State Complete Count Commission, which held 10 public hearings and reviewed hundreds of comments, expert testimonies and in-depth analysis of previous census results.

The Commission found that the 2020 Census faces unprecedented challenges. For the first time, the Census will be conducted primarily online, and while the Trump Administration failed in its effort to include a citizenship question on the Census, its attempt to do so spread fear among immigrant communities. The Trump administration and Congress have also failed to fully fund Census operations in the years leading up to 2020. As a result of that failure, the Census Bureau has been forced to cut costs, shifting responsibility for on-the-ground work necessary to drive participation in the 2020 Census from the federal government to state and local partners. The number of U.S. Census Bureau field offices in New York has dropped from 35 in 2010 to 21 in 2020. The Census Council will help fill the gap from the federal cuts and inaction.