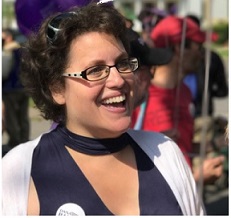 Syracuse, NY – On March 6th, supporters of Congressional Candidate Dana Balter gathered to launch petitioning efforts to obtain the required signatures from registered Democrats to get Balter’s name on the ballot this November. The crowd is made up of long-standing Democratic Committee members, and first-time volunteers inspired by Balter’s run for Congress.

Balter addressed the enthusiastic crowd, calling on the people of the 24th district to get involved in the race. Staff distributed materials to dozens of volunteers who are now hitting the streets to campaign for Balter. 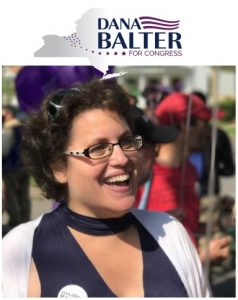 Balter also has the endorsement of the Working Families Party and will gather signatures to appear on the ballot for that line as well.

A former director of education for a disabilities services non-profit and current professor at Syracuse University, Dana Balter entered the race for NY-24 in September of 2017. Like many women, Dana was inspired to run after the 2016 election and is building a strong professional campaign. According to a statement released by the campaign, “She has spent a lifetime standing up to bullies, will stand up for central New York in Congress, and will stand up to Donald Trump when he tries to put Washington special interests ahead of New York families.”