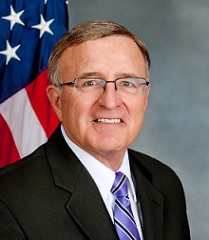 “In Central New York, we’ve consistently had strong leadership at the state level.  Senator DeFrancisco has stood up for our community over the years and worked across party lines to fight for our best interests in Albany.  He’s been a bipartisan voice for Central New York families, for our veterans, our small business community, and Upstate farmers and growers.  As Deputy Majority Leader and Chair of the Senate Finance Committee, he’s worked to make New York more fiscally responsible and been a champion for Upstate New York.

“Now, John is running for Governor so that all of New York State may benefit from his leadership.  It is my privilege to endorse John DeFrancisco as the next Governor for the State of New York.”

Congressman John Katko was first elected in November 2014 to represent 24th Congressional District of New York, which includes Onondaga, Cayuga, and Wayne Counties and the western portion of Oswego County.