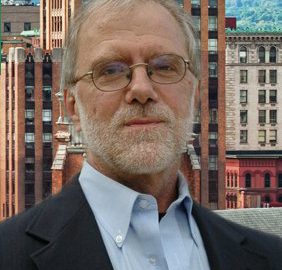 “This would be the consolidation of segregation,” Howie Hawkins, the Green Party county chair and author of the statement, said of the Commission’s proposed structure for metropolitan government.

“It excludes the schools. It strips city residents of their local planning powers. It saddles them with a special tax district to pay for its debts and schools. It disempowers them in a metropolitan government elected by a winner take all system that ensures a two-thirds suburban and rural majority ruling over city residents. It reinforces the municipal and school district borderlines that have served to segregate by race and class to create most concentrated poverty of all metro regions in the nation.” 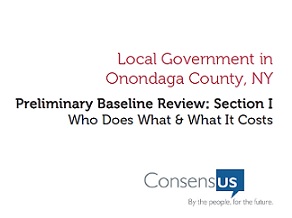 The Green Party endorsed all of Commission’s functional consolidation proposals, with only a couple of qualifications, which cover infrastructure, public safety, municipal operations, economic development, land use planning, and property tax sharing.

The Green Party’s federated metropolitan government would retain the towns, create comparable local governments in city neighborhoods, and create a metropolitan government with a legislature elected by mixed-member proportional representation. Half the legislators would represent districts. The other half would be at-large, elected from party slates in order to create overall proportionality in proportion to the votes for party slates countywide. The district representatives and metro-wide executive officers would be elected by ranked choice or instant runoff voting. That method, the statement states, “insures the representatives and officers are elected with majority support and not just a first-round plurality.”

The Green Party said the best argument for consolidation of governmental functions is “better service yielding a better economy.” It noted that the maximum projected savings $33 million were modest, less than 1 of the about $3 billion spent by all of the county’s governments, including school districts. To really address the fiscal crisis facing most of the county’s governments, the Green Party called for the “consolidation of municipal lobbying of state government” to seek a restoration of former levels state revenue sharing sufficient to cover the costs of unfunded state mandates.

A Federated Model for Metropolitan Government

The Green Party believes that our region needs a metropolitan government in order to effectively address our problems of segregation, poverty, economic stagnation, sprawl, and civic disengagement. Unfortunately, we cannot support the Consensus Commission’s partial metro government as proposed.

The Commission’s proposal disempowers city residents. They lose their local government, while the towns retain theirs. City residents are stripped of their local planning, zoning, and code enforcement powers, while the towns retain theirs. Debt is not consolidated. The city is reduced to special tax district to pay on its debts and underfunded schools. Schools and public housing remain segregated from the rest of the county, which has the the most “concentrated” (i.e., segregated) poverty of any metro region in the nation. This is the consolidation of segregation.

Only a metropolitan government can overcome existing municipal and school district borderlines that – intentionally or not – enforce race and class segregation in housing, schools, and job and business opportunities. But that kind of metro government requires a metropolitan school district and metro-wide policies to enforce fair housing, inclusionary zoning, and equal employment and business opportunities.

That said, with only two concerns, we support all of the Commission’s other recommendations for consolidation of governmental functions covering infrastructure, public safety, municipal operations, economic development, land use planning, and property tax sharing. These consolidations would result in better infrastructure, services, and economic development as well as modest public fiscal savings. However, none of these functional consolidations require the Commission’s proposed County takeover of the City. They can all be accomplished by inter-municipal agreements, as the Commission report notes.

One of our concerns is that the metropolitan police force should have a Citizens Review Board like the city now has. Our other concern is that city courts, like town courts, should have juries of their peers that are drawn from residents of their own municipality, not the whole county as is the case for the city courts now.
We agree with the Commission that metropolitan economic and land-use planning will create more business, jobs, and income and better protect our environment. We agree with the Commission’s call (as stated in its preliminary report) for “a regional land use plan that creates consistent, enforceable planning on a countywide basis…while allowing municipalities to retain zoning and planning functions.” Countywide land-use planning, along with the proposed property tax sharing, will support fair housing, inclusive zoning, economic development, and environmental, all which which are now undermined by parochial inter-municipal competition for expanded tax bases from new real estate and business development. The resulting urban sprawl reduces our quality of life, harms the environment, and increases per capita infrastructure costs.

While consolidation of various governmental functions can begin immediately, the current county structure as well as the Commission’s proposed metro government are not democratic enough to insure accountability and responsiveness in administration and full participation and fair representation in policy making. We must keep moving toward full metropolitan government.

The Green Party proposes a federated model of metropolitan government that gives city neighborhoods the same local democratic powers that towns now enjoy. The city should begin now to set up neighborhood governments with these powers. As the noted urbanist Jane Jacobs recommended in 1961 in The Death and Life of Great American Cities, “Workable metropolitan administration has to be learned and used, first, within big cities, where no political boundaries prevent its use.” In order to plan effectively at the regional level, we must develop our capacities to do so at the neighborhood and town level. Our towns have experience here. Our city neighborhoods need local structures within which to develop it.

The Green Party’s federated model for metro government would make both local and metro government more democratic by introducing citizen assemblies, revenue sharing and participatory budgeting, and proportional representation in the metropolitan legislature.

Citizen assemblies are like New England Town Meetings, where all citizens assemble to debate and adopt a town budget, enact town laws, and elect town officers. City neighborhoods should have this type of local government. Towns also have option of adopting the town meeting form of government. In fact, the city and many of the towns started out with that form of government.

To make the citizen assemblies meaningful, they should be apportioned a share of the city or metro budget for their own neighborhood or town budget. Participatory budgeting involves the citizen assembly in setting budget priorities. It is already practiced in New York City and 300 other cities globally to varying degrees, including to a limited extent now in the city’s TNT sectors. This city or metro-wide revenue sharing with participatory budgeting gives residents a real stake in their neighborhood or town government, the kind civic engagement that would carry over into participation in city or metropolitan government.

We propose electing district representatives, as well as metro executive officers, by ranked choice (instant runoff) voting, which insures the representatives and officers are elected with majority support and not just a first-round plurality. The at-large representatives are then added to the legislature from party slates to provide overall proportional representation in proportion to the countywide party slate vote. At-large legislators will then represent the county’s full range of political preferences in proportion to their support, not a winner-take-all plurality that could easily sweep all at-large seats. Decades of experience around the world demonstrate that proportional representation gives women, ethnic minorities, and all political parties far closer to their share of the population than the plurality winner-take-all system, which the Commission’s proposal retains.

Jane Jacobs also noted in a 1957 essay on “Metropolitan Government” recommending a federated model that centralized models almost always fail in referendums because they do not address the race and class anxieties that lead voters to defend their local governments. The resistance to consolidation in the Commission’s proposal will come from fears in the suburbs and rural towns that a city dissolved into a central metropolitan government will strip towns of their insulation from inner city social problems and fiscal burdens. Inner city residents fear that it will dilute hard won political representation for ethnic minorities and undermine self-government for all city residents in a county with a suburban and rural two-thirds voter majority. We believe a federated metropolitan government with proportional representation in its legislature would allay these fears by giving every town and city neighborhood a local unit of government with powers and resources to administer locally and their fair proportional share of power at the metropolitan level.

As noted above, the projected fiscal savings are modest. The strongest argument for consolidation of governmental functions is better service yielding a better economy. As the Commission reports, most of the county’s governments face recurring revenue shortfalls to maintain existing services going forward. The maximum projected savings of $33 million per year from consolidation is less than 1 percent of the about $3 billion spent annually by the county’s various governments including the school districts.

The fiscal crises of local government will not be solved by consolidations and resulting economic and tax revenue growth. Local taxes in New York State pay for 15 percent of state mandated programs, compared to less than 2 percent in almost every other state. These unfunded state mandates explain why we are fiscally strapped despite paying some of the nation’s highest property taxes. The Commission notes that the state could help by paying more of the county’s Medicaid costs and increasing state revenue sharing (Aid and Incentives to Municipalities – AIM).

The Green Party would state that much more strongly. We urge consolidation of municipal lobbying of state government. All the county’s governments, in concert with fiscally burdened municipalities across the state, should demand that state government pay for its mandates by restoring the levels of revenue sharing it had in the 1970s. Back then it was 8 percent of state revenues. Today it is less than 1 percent and frozen at current levels. If Syracuse, for example, received eight times more than the $72 million it now receives in AIM, that would increase the city’s operating budget from $289 million to $793 million.

We urge the county’s various political units to immediately pursue the Commission’s various functional consolidation recommendations, all of which it projects can be completed in one to three years. But we urge going back to the drawing boards for a full metro government structure. This time, include the school districts, as the report recommended a new commission do within the next six months. And develop a federated model that retains for the towns and gives to city neighborhoods a local government for local participation in planning, projects, and programs for town and neighborhood improvement within a metro-wide framework of more efficient and effective public infrastructure and services.

Howie Hawkins is Chair of the Green Party of Onondaga County.