Syracuse, NY — The Onondaga County Democratic Committee has selected their candidate for mayor, Common Councilor Michael Greene. The Democratic Committee held a virtual meeting on Wednesday night to announce its vote, with Greene winning by 58%. In choosing Greene, Democrats went with a candidate who has twice won city-wide general elections by large margins, winning the support of over 60% of voters in both 2018 & 2019.

Since joining the Common Council in 2017, (according to his campaign) Green has sponsored over 300 pieces of legislation. He currently serves as the Chair of the Council’s Finance Committee. 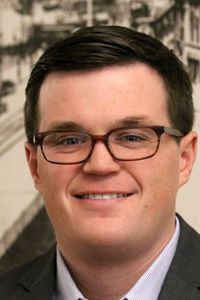 Greene says he’s campaigning on a “more proactive approach from City Hall to solve Syracuse’s problems”. He released a detailed policy platform entitled “A City for All of Us” that included 14 policies for tackling issues, including affordable housing, transportation, and police reform.

Greene attributes his success in winning the Democratic Committee to a relentless focus on advocating for his plan’s policies to Democratic Committee members. Over the last two months, Greene made over 1,000 phone calls and mailed 600 letters to the committee’s 220 members.

“I am honored to earn the support of the Democratic Committee. Syracuse is a city with a serious problem of leaving people behind, but with the right policies and the right leadership, we can uplift all of our community members. Together, we can make Syracuse a city for all of us.”

A copy of “A City For All of U” can be found in the ‘issues’ section of www.greeneforsyracuse.com