Last week, Finance Committee Chairperson Michael Greene announced that he intended to delay a vote on a proposed $532,000 contract with Microsoft until the company provides updates on its previous pledges to foster economic development in Syracuse. 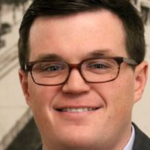 The proposed license agreement, which would require the city pay to Microsoft $177,333 annually for the next three years in exchange for the use of Microsoft 365, was reached without soliciting bids from other vendors. The proposed agreement comes almost two years after Microsoft announced plans to open a “Smart Cities Hub” in Downtown Syracuse. To date, Microsoft has not made any progress toward opening such a facility.

“While COVID-19 has altered the business landscape, the significance of technology has never been greater,” said Councilor Greene. “It’s important to ensure Microsoft remains committed to investing in the growth of the City of Syracuse.”

Editors Note: Many projects and initiatives around the country were stopped, paused or altered due to the COVID-19 pandemic.