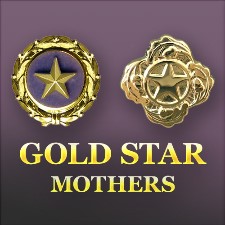 Display recognizes the sacrifice and commitment of military families

Onondaga County Executive Joanie Mahoney welcomed Gold Star Mothers, Fathers and their Families along with Veterans, their families, and the general public to this event. The ceremony included a ribbon cutting on the new Gold Star Mothers’ Display in Memorial Hall and remarks from Carrie Farley who is President of the New York State Gold Star Mothers. The unveiling coincided with the yearly commemoration of Gold Star Mother’s and Family’s Day which is the last Sunday in September.

County Executive Joanie Mahoney said, “Onondaga County is eternally grateful for the sacrifice made by our veterans and their families and this display is a just a small token of our appreciation. Gold Star Mothers, Fathers and Families can know that they will have a permanent tribute to their sacrifice here at the War Memorial and the constant support of our community.”

The event also included tributes, music and distinguished guests, including the State and Local Presidents of American Gold Star Mothers.