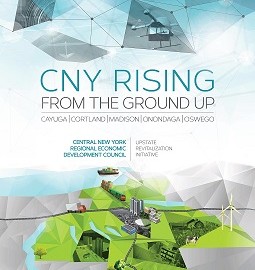 Syracuse, N.Y. –  Onondaga County Executive Ryan McMahon announced that the second round of Request for Proposals (RFP) associated with the Alliance for Economic Inclusion (AEI) has been issued. The AEI is a product of the successful proposal from the Central New York Regional Economic Development Council, under Governor Cuomo’s Upstate Revitalization Initiative, and is tasked with addressing poverty in Cayuga, Cortland, Madison, Oswego and Onondaga Counties. 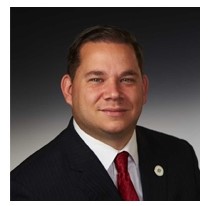 The AEI is comprised of a group of 24 community leaders from each of the five counties selected to represent the diversity of governments, businesses, schools and communities. This year an emphasis is being placed on proposals that address transportation barriers faced by many in Central New York. The RFP is also seeking proposals that, among other things, create career pathways for adults and youth in distressed communities, develop access to economic opportunity and wealth by intentionally attracting and growing jobs in low income and distressed communities, creates tools and incentives for educational attainment and builds wealth and nextgeneration community leadership.

County Executive McMahon said, “The work of the Alliance ties directly into our efforts of addressing Poverty, Infrastructure and Economic Development in our community. As a region, we must address the challenges confronting all of our citizens, especially transportation, which can often lead to underemployment.” McMahon continued, “This second round of AEI funding will allow us to address these challenges and I am excited to see the creative and innovative proposals that we receive to address poverty in our region.”

The RFP will be issued by the Onondaga County Division of Purchase and proposals are due September 13, 2019. Currently there is $16.3 million remaining to be distributed over the next four years. Anyone interested in submitting a proposal can follow the following link to :Request for Proposals Issued Seeking to Address Poverty in Five County Region

The AEI is being funded through the successful CNY Rising Upstate Revitalization Initiative plan submitted by the Central New York Regional Economic Development Council, which was tasked with addressing poverty in Cayuga, Cortland, Madison, Oswego and Onondaga Counties. Estimates based on 2016 population data show 14.9% or 112,020 of Central New York residents live in poverty. The poverty rate is significantly higher in more populated centers such as the City of Syracuse. The previous awarded projects cover a broad range of issues and can be broken into six categories: