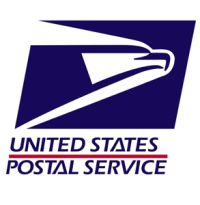 USPS Has Made Excuses to Avoid Compliance with September Preliminary Injunction

New York – New York Attorney General Letitia James today scored another important victory in the fight against the Trump Administration’s attempts to dismantle the United States Postal Service (USPS) and disrupt operations in an effort to undermine the November presidential election. An interim order issued by the U.S. District Court for the District of Columbia clarified that the Trump Administration must take every effort to restore USPS sorting machines and use special measures (including delivering mail via air transportation) to deliver election mail on time over the next several weeks. Last month, the court issued a preliminary injunction, national in scope, that was set to immediately take effect, but for a month the Trump Administration has made excuses in an effort to avoid full compliance with that order.

“For a month now, the Trump Administration has made excuse after excuse to avoid compliance with a court order, all in an effort to further undermine USPS operations and impede voters wishing to vote by mail in the November elections,” said Attorney General James. “Today’s order makes abundantly clear that the Trump Administration must stop violating the law and must deliver all ballots immediately. Voting is fundamental to our democracy and we will do everything in our power to protect that right and stop the president from silencing the will of the people.”

Today’s order forces the Trump Administration to provide the court with a status report in less than 24 hours to inform “the Court of its efforts to comply with this Court’s instructions here and with its previous Order.”

In August, Attorney General James led a coalition of states and cities from across the country in filing a lawsuit to stop the Trump Administration’s attempts to dismantle the USPS. The slowdown is already having life-threatening impacts on veterans and seniors who are not receiving medication, as well as economic impacts on individuals waiting for pension checks and paychecks. As the United States nears the November presidential election, the USPS is also expected to handle a record number of mail-in ballots because of the COVID-19 pandemic.

Shortly after the lawsuit was filed, Attorney General James filed a motion for a preliminary injunction, asking the court to quickly stop President Donald Trump, the USPS, and Postmaster General Louis DeJoy from continuing down the path of slowing mail operations in the lead-up to Election Day.

The attorneys general of Hawaii and New Jersey, as well as the city of New York, NY and the city and county of San Francisco, CA all joined Attorney General James in filing this lawsuit and the motion for a preliminary injunction.