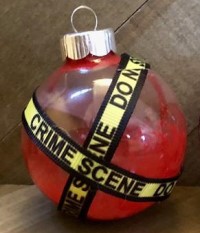 On December 24th, 2019, at around 8:55 PM, Officers responded to the 900 block of S. McBride St. for a shots fired type call. Soon after, two male victims, 28 and 27, arrived at Upstate Hospital by private transport. Both suffered from gunshot wounds to the lower body that appear to be non-life threatening. The victims appear to have been shot in the area of the 900 block of S. McBride St.

On December 24th, 2019, at around 8:42 PM, Officers responded to a residence in the 200 block of Turtle St. for a shooting with injuries type call. Upon arrival, Officers discovered a 30-year-old male who had been shot in his upper body. The male was transported to Upstate Hospital in critical condition.

​On December 24th, 2019, at around 10:06 PM, Officers responded to St. Joseph’s Hospital for a walk-in stabbing type call. Upon arrival, they discovered a 22-year-old male who suffered from multiple stab wounds that arrived at the hospital by private transport. The victim was then taken to Upstate Hospital in critical condition for further treatment. The victim is now listed in stable condition. This incident is reported to have happened in the 600 block of Wolf St. moments before the victim arrived at St. Joseph Hospital.

​All investigations are active and ongoing; anyone with information is asked to call the Syracuse Police Department at (315) 442-5222.