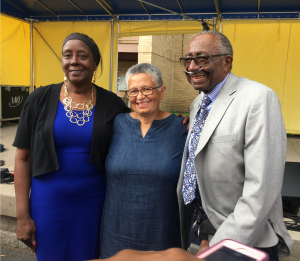 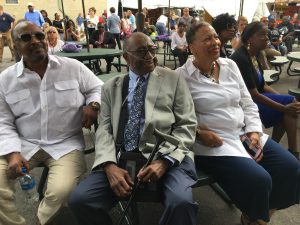 “Welcome to the Dedication Ceremony for what was known simply as, Pan African Village. Since 1995, this partnership between vendors, crafts persons, entertainers and artists have served thousands of fairgoers in the 22 years Pan African Village has been at the New York State Fair.

If you can recall, for decades the New York State Fair went unchanged other than periodic updates to the main gate.

However, over the decades American culture changed, New York State changed…but one thing you could count on is the Fair remaining the same unchanged, like an annual living museum.  One thing sorely missing from one of the oldest and largest state fair’s in the nation was cultural diversity.

The NAACP Steps In 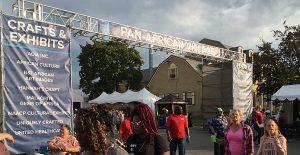 In 1995 Van Robinson of the NAACP backed by local vendors and craftsperson’s approached the fair with a concept. Let’s create an African-American themed Experience at the fair?

After some consultation with vendors and local cultural consultants, the group presented an idea that united storytellers, African-Drummers, food and culturally specific entertainment, it became known as the Pan-African Village concept.

Take the cultures that emerged from the continent of Africa; celebrate the cultures that emanated from that massive movement of persons and culture, throughout the hemisphere.  Showcase the crafts, music, culture and entertainment in one place on the fairgrounds. There was already Iroquois Village aka Indian Village why can’t “we” have a place at the New York State Fair?

Under Van Robinson’s leadership, Pan African Village became an innovation at the Fair, there was little to let anyone know that this was the “New York State Fair” which meant inclusive of the cultures that make this the Empire State.

Now 22 years after the first tent, a tent that held everything……to a block long “Must-See” attraction at one of the largest Fairs in North America. We are now seeing other cultures embraced, as the Fair embarks on a new design, with a new vision for Central New York. 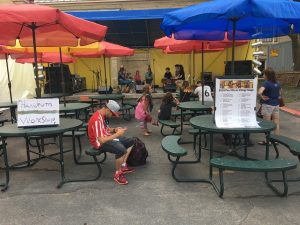 Pan-African Village became the name of the space to be developed at the New York State Fair by Central New York Minority Vendors and the NAACP.

There is no way that the Pan African Village would have begun or sustained without the efforts of the NAACP President Van Robinson. Robinson led the charge, negotiating with fair management to create a space where African-American culture can be celebrated, not just though a concert or two at a main venue, but a place for vending and economic opportunity. They weren’t talking about a vending spot; they were talking about creating a cultural presence at the New York State Fair.

Six vendors representing both food and crafts were housed in space provided by the NAACP. The NAACP recruited and placed vendors in space as vendor interest developed.  An entertainment stage was added bringing in music, African dance, youth science displays, etc. During the first two years the Village developed a core of vendors who’ve never been involved with the New York State Fair, now they had a presence.

Even after leaving his leadership post at the NAACP Van Robinson continued to work with The Pan-African Village Economic Development Program at the New York State Fair which has enabled vending and entertainment appearance opportunities, previously unimagined.

Since its inception in 1995 the PAV at the New York State Fair has grown in each year of operation.

From One Tent to One block

By 1998 Pan African Village had been expanded by appropriating all of the dead space between the two buildings. People leaving the Center of Progress would have to pass through the village before going anywhere.

Those leaving the Art and Home Building were directed through the village since it was the shortest route to the Center of Progress. In the new configuration Pan African covered both sides of an entire block with vendors and exhibitors.

What once held the entire village became the Pan African Village covered Entertainment Stage. Large signage was positioned where you could see the village from Chevy Court.

Vendors from as far as way as Maryland flocked to Pan African Village to sell their goods. Foods available at the fair suddenly had a taste of soul and the Caribbean with food vendors providing a place where people of color attending the New York State Fair had a location that said, “Welcome to the Fair” Pan-African Village became that spot. 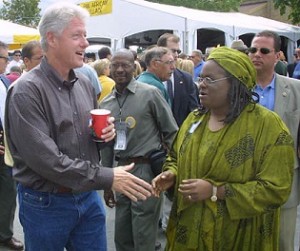 Fair staff worked to design the site to look exactly like the rest of the fair, except with an African theme. Corporate sponsors were solicited and JP Morgan Chase, Total Care, and Key Bank signed on to provide funding to sustain the operation. The Harambe Youth Tent became a place where people could engage in drumming and storytelling. 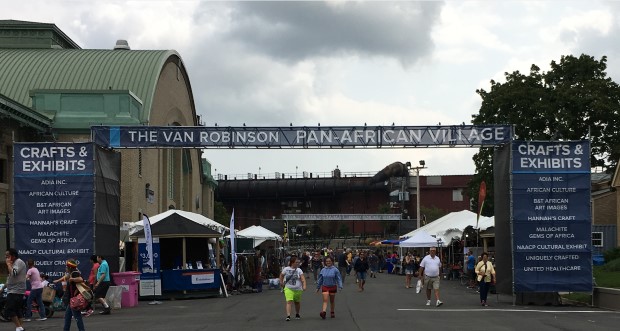 Institutions thrive on tradition. It has now become a tradition for many fairgoers to visit Pan African Village.  Several of PAV vendors have developed a following not unlike traditional Fair standards like Giannelli Sausage or Fried Dough.  Jerk Hut has tapped into the tastes of Central New Yorker’s who travel to Jamaica during the winter and come to Jerk Hut for the unique cuisine of the Caribbean.

It wasn’t that long ago when the New York State Fair was devoid of diversity in a state that has a sizable minority population. Cultural diversity was not included at one of the largest fairs in North America, now it is.

They say, “It takes a village, to raise a child”, in this case it took the dedication of a man, Van Robinson to raise Pan African Village.” 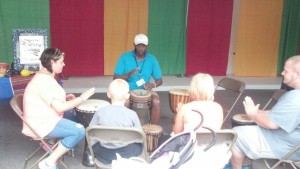 The term developed in the 1960’s to promote pride in people of the African Diaspora (all over the world) whom are descendants of the human cargo slave trade. This includes African Americans, African Europeans, African Cubans, African Puerto Ricans and Africans of the Caribbean.

Pan-Africanism is a struggle of African people lacking economic power due to years of oppression by class, sex and race. It is a focus of self liberation through knowledge and pride in being a descendant of Africa along with economic empowerment promoting pride in the creative, artistic and social and scientific history.