Democracy for America was a strong, early supporter of Balter in 2018, backing her ahead of a primary victory that surprised many New York insiders. DFA continued to support her through the remainder of her competitive general election. 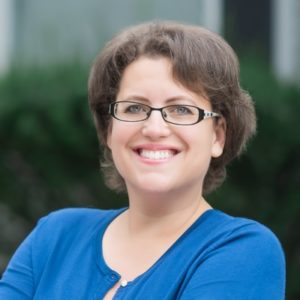 With this endorsement, Balter joins a slate of four other battle-tested, progressive candidates who expanded the electorate and nearly unseated Republican incumbents in 2018 including Gina Ortiz-Jones (TX-23), Amar Campa-Najjar (CA-50), Marie Newman (IL-3), and Adrienne Bell (TX-14), the latter of whom DFA is also endorsing today.

Statement from DFA CEO Yvette Simpson on the grassroots progressive group’s decision to back Balter in her NY-24 rematch,“Dana Balter shocked New York insiders with a people-powered primary win back in 2018 and, in 2020, she’s going to shock the country when she ends John Katko’s congressional career.

A fierce supporter of Medicare for All, strong public schools, and safe communities, Dana Balter is committed to fighting for a central New York and country where everyone has a fair shot and the opportunity to succeed.

Democracy for America members are excited to back Dana again in 2020, because she shares our belief that the path to victory in a swing districts like New York’s 24th lies in building a New American Majority coalition of people of color and progressive white voters committed to rejecting the status quo and doing the on-the-ground work necessary to kick Katko and other Trump apologists out of Washington.

Dana Balter understands the fight we need to wage for our communities and our country, and we’re ready to have her back every step of the way.” — Yvette Simpson, CEO, Democracy for America

“I’m honored to have the support of Democracy for America as we work to take back NY-24. While central and western New Yorkers are struggling to make ends meet, Congressman Katko is part of the problem in Washington—raking in corporate PAC dollars as he votes over and over again to make life harder for us. We’ve seen the results of Katko’s extreme agenda: big tax breaks for the wealthy and higher healthcare and prescription drug costs. Together with DFA, we’ll fight for policies that finally put New York’s hard-working families first.” — Dana Balter

DFA has 3,759 members in New Yorks’s 24th Congressional District and more than one million members nationwide.

Democracy for America is a member-driven, people-powered progressive PAC with a one million strong community taking on income inequality, money in politics, and structural racism. Since the organization’s founding in 2004, DFA members have contributed over $63 million and made more than 25 million calls to elect over 1,000 progressive candidates up-and-down the ballot, all across the country.